Francis labelled his fellow Argentine "soccer's poet" in a statement released by the Vatican on Wednesday.

The Pontiff said he would remember Maradona with great affection, adding that the World Cup winner would be in his prayers.

"The Pope was informed about the death of Diego Maradona, he recalls the times he met him in these past years with affection, and he is remembering him in his prayers, as he did in the past days when he was informed of his condition," Vatican spokesman Matteo Bruni said.

The official Vatican News website ran a news story of Maradona's passing yesterday, calling him "an extraordinary player but a fragile man", in reference to his well-documented substance abuse.

Francis, who was appointed Pope in 2013, is the first man from Latin America to ever lead the Catholic Church.

Maradona, who for a time fell out of love with Church - accusing Pope John Paul II of a "lack of respect" and criticising his attitude towards the poor - attributes the restoration of his faith to influence from Francis after his Papacy began. 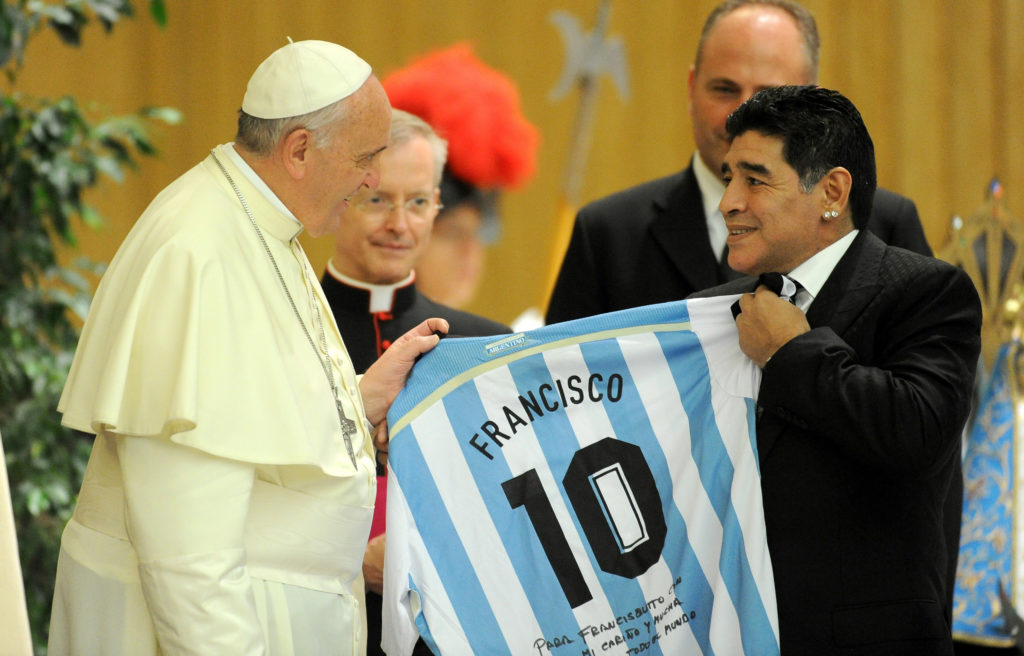 Pope Francis meets Diego Maradona during an audience with the players of the 'Partita Interreligiosa Della Pace' at Paul VI Hall before the Interreligious Match For Peace at Olimpico Stadium on September 1, 2014 in Rome, Italy. (Photo by Pier Marco Tacca/Getty Images)

"I had drifted away from the Church, but Francisco brought me back," Maradona said in 2014.

The former Boca Juniors, Napoli and Barcelona superstar passed away in his home in Buenos Aires on Wednesday following a heart attack.

He had recently been released from hospital following treatment for a bleed on his brain.