A PORTRAIT of the late Sinn Féin politician Martin McGuinness has been unveiled in Stormont.

The painting, by Belfast artist Tony Bell, was revealed his members of Mr McGuinness’ family, including his widow, Bernie.

The portrait was revealed a day after the one-year anniversary of Mr McGuinness’ death.

Ahead of the unveiling – which was attended by First Minister and DUP leader Arlene Foster and her predecessor Peter Robinson – Assembly members paid tribute to McGuinness. 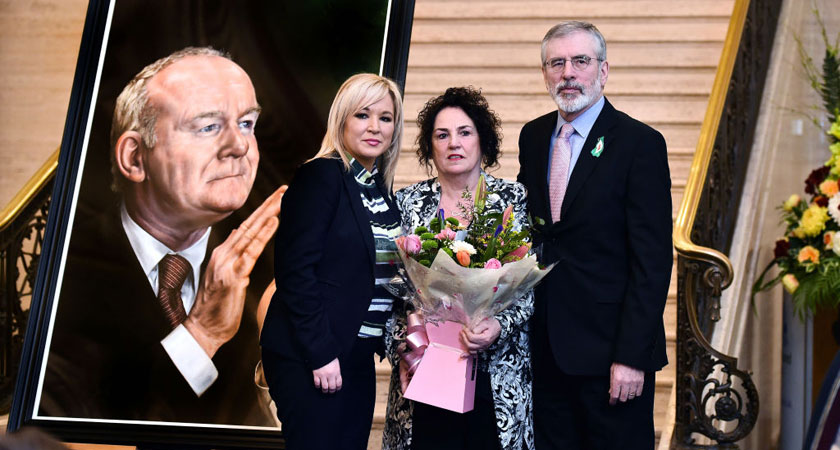 Mr Robinson said: "I never had any doubt about Martin's commitment to Stormont, to the assembly, to the executive - that's a good starting point.”

Michelle O’Neill, Mr McGuinness’ successor as Sinn Féin leader in the North, described him as an “outstanding political negotiator”.

“He forged a reputation as a capable and outstanding political negotiator and a people first politician and Government Minister,” she said.

“We saw his strong political calibre when both he and Ian Paisley entered joint office to restore the power-sharing executive over a decade ago back in May 2007.

“Over those 10 years, in the role of deputy First Minister, Martin sought with all his energy and determination to serve all the people of the north and the island of Ireland by making the power-sharing government work. 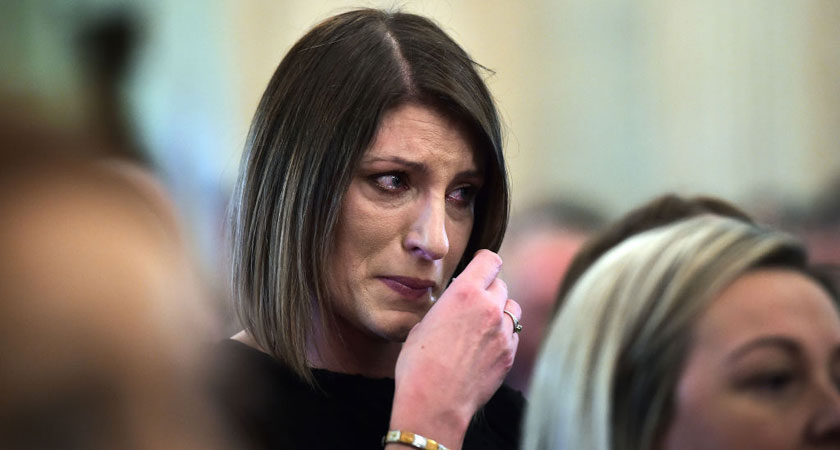 "And it is great to see Peter and Arlene here today with representatives of the Paisley Family.”

She added: “We all need to turn a corner together and enter a new era together.

“And now Martin’s portrait will hang proudly in this building and watch over us, we seek to build that new and better future together.”

Assembly Members also had the opportunity to sign a book of condolence for Mr McGuinness, which will now be opened to members of the public.