Human remains found in 'ritual pit' in west of Ireland cave date back over 5,000 years

THE HUMAN remains found by a hillwalker in a west of Ireland 'ritual pit' are over 5,000 years old, it has emerged.

In August 2016, local hillwalker Michael Chambers came across a cave-like chamber among some massive boulders on Bengorm Mountain in northwest Mayo.

It has now revealed that the natural boulder chamber in which the remains were found was used for human burial practice through the Neolithic period, from as early as 3,600 BC.

Human bones were scattered over the rock floor and - once it had been determined that the remains were ancient - the National Monuments Service of the Department of Culture, Heritage and the Gaeltacht, in consultation with the National Museum of Ireland, commissioned a rescue excavation which was carried out by Dr Marion Dowd of IT Sligo.

The scientific analysis of the human remains has indicated that at least 10 individuals- adults, adolescents and children – were placed in the chamber over a very long period of up to 1,200 years. One of the adult bones dated to 3,600 BC while a bone of a child skeleton dated to 2,400 BC. 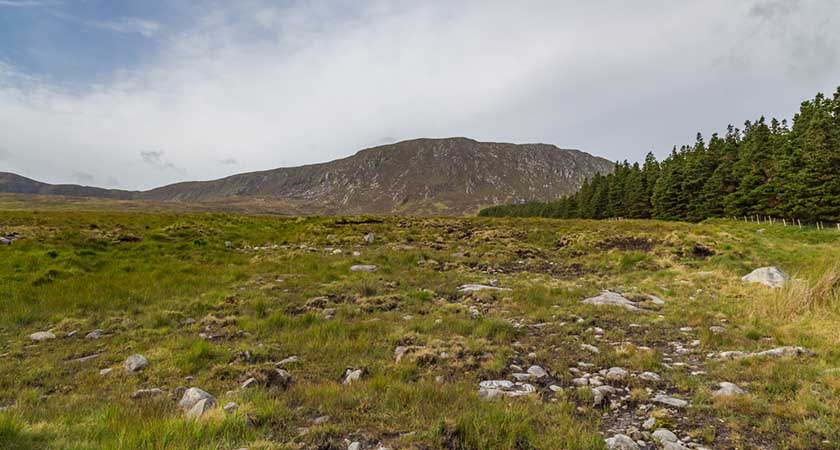 The research has suggested that bodies were brought into the cave chamber and laid out in a pit. At some later point, the skulls might have been deliberately broken as part of a complex burial ritual and the larger bones removed.

Excavation director Dr Marion Dowd of IT Sligo said: “Large pieces of quartz had been placed in and around the bones.

"When the radiocarbon dates came through it was very exciting. Not only were the bones Neolithic, but the dates showed the site had been used for over 1,000 years."

Dr. Linda Lynch, the osteoarchaeologist who examined the human bones said the area was more of a ritual place as opposed to a burial site. 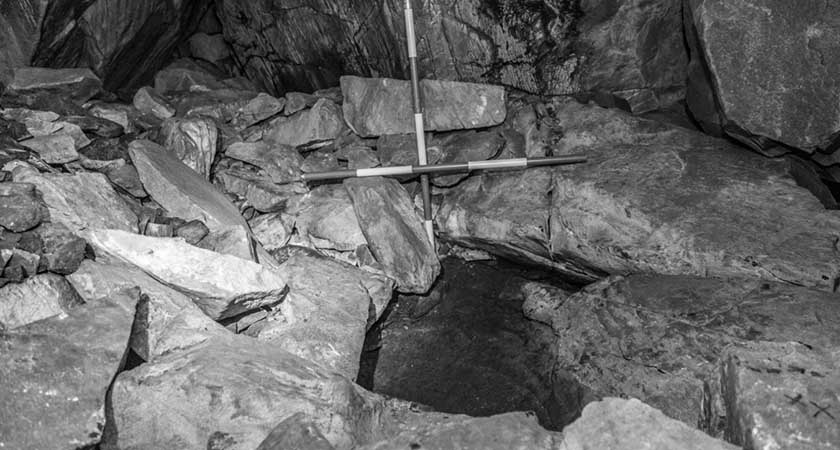 Pit in the cave which contained human remains after the excavation.. (Picture: T Khalert/Department of Culture)

“This was not a burial site as such, but a ritual place where bodies were placed to decompose. Only a very small proportion of each skeleton was found, with the majority of bones apparently deliberately removed. The discovery indicates highly complex processing of the dead."

"Such vigilance is extremely important to us in helping to protect and understand our archaeological heritage.”

Minister Madigan added: “The excavation has provided a glimpse into prehistoric Ireland over 5,000 years ago. Such discoveries show the enduring capacity of archaeology to enthral and demonstrate how advances in scientific research are affording us a better understanding of Ireland’s ancient past and its people.”