Prison reforms 'will not cut reoffending'

STRICT new rules for prisoners will have little impact on re-offending rates, the Irish Council for Prisoners Overseas has warned.

Inmates will lose automatic access to gym equipment and TVs in their cells following a clampdown on prison life announced by the British Government.

They will also have to wear a uniform for the first two weeks of their sentence and work longer hours than they currently do.

The reforms, to be introduced in male prisons throughout England and Wales over the next six months, mean that offenders will no longer gain privileges by avoiding bad behaviour alone.

Justice Secretary Chris Grayling said prisoners would instead have to take part in education and other rehabilitation programmes.

“It is not right that some prisoners appear to be spending hours languishing in their cells and watching daytime television while the rest of the country goes out to work,” he added.

“For too long, there has been an expectation that privileges are an automatic right, given simply as a reward for staying out of trouble. This cannot continue.”

But Fr Gerry McFlynn from the Irish Council for Prisoners Overseas told The Irish Post there are “several problems” with the reforms.

In particular, he said, forcing new inmates to wear uniforms will leave them vulnerable to bullying during “the crucial weeks for any prisoner”. 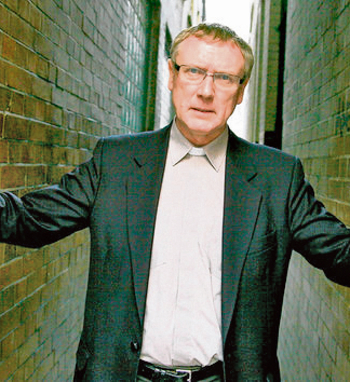 “They [the Government] are going to make the first two weeks as difficult as difficult as possible when in fact it should be quite the opposite,” he added. “People are going in there in a state of shock, some have drug or alcohol problems and some are quite vulnerable in other ways.”

Fr McFlynn also claimed only a “small minority” of the 550 Irish inmates ICPO worked with in 2012 were reluctant to engage in rehabilitation activities. Those who were “languishing in their cell”, he added, were doing so because the Government’s budget cuts have led to a reduction in rehabilitation services on offer in jails and long waiting lists for those that remain.

“What is needed is much better investment in education programmes, prison workshops, literacy programmes and teaching basic life skills,” Fr McFlynn said. “They are all part of the answer to ensuring that prisoners leave prison better qualified to cope with life’s problems and are consequently less likely to re-offend.”

Juliet Lyons from the Prison Reform Trust backed up the priest’s claims by saying appearing to be tough on criminals will do “nothing” to reduce re-offending rates.

"Rather than the state acting like a bad parent by handing out cash, TVs and games consoles which have not been properly earned, we need a new regime that instead rewards prisoners' effort and encourages them to work,” he said.