A MAN has been arrested after flying a drone carrying drugs and mobile phones near a maximum security prison in County Laois.

An Garda Síochána yesterday confirmed that a man aged in his 20's was arrested following the seizure of a drone which contained mobile phones, chargers and drugs.

According to a Garda statement, the drone was discovered at St John's Square near the maximum security Portlaoise Prison as part of an ongoing investigation by the Laois Offaly Divisional Drugs Unit.

Upon investigation, the drone was found to be carrying a package containing multiple mobile phones, chargers and quantities of crack cocaine, cocaine and cannabis with a combined estimated value of €5,000. 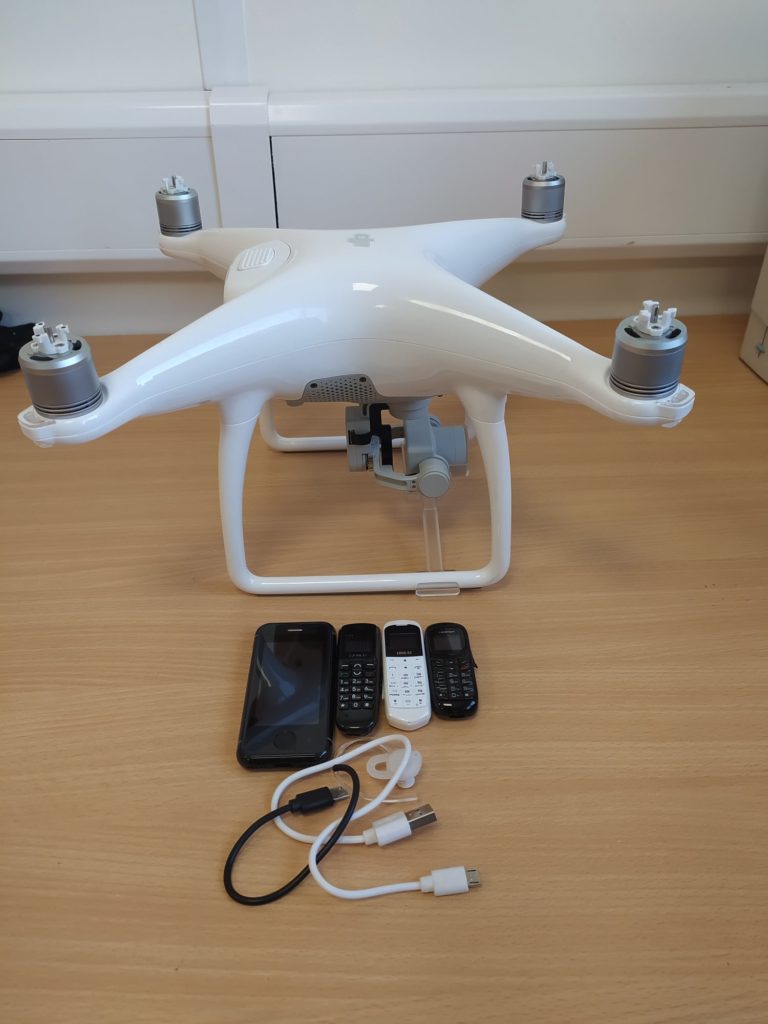 Gardaí have arrested one man after they discovered a drone carrying a package fille with mobile phones and drugs flying near the maximum security Portlaoise Prison on Wednesday afternoon (Image: An Garda Síochána)

The suspected drugs are currently undergoing laboratory analysis to confirm their substance and value.

Gardaí confirmed they have arrested a man in his 20's and seized the drone and a further two vehicles in connection with the investigation.

The suspect was detained under Section 2 of the Criminal Justice (Drug Trafficking) Act, 1996, at Portlaoise Garda Station.

He appeared before Naas District Court this morning, 8 January 2021, according to a Garda spokesperson.