A NUMBER of pubs in Australia are refusing to televise Conor McGregor and Floyd Mayweather's ‘fight of the century’ due to fears over drunken violence.

The million-dollar bout, which is expected to be one of the most watched sporting events of all time, takes place at the T-Mobile Arena in Las Vegas this coming Saturday.

Licensing police in Sydney have warned pub owners that they may only serve alcohol in plastic cups and not to serve shots.

Normal security will be trebled at most venues that show the fight, while police confirmed extra officers will be on duty.

“As with all major events across the state, police have an understanding with licensed establishments whereby the safety of patrons is a priority and the enjoyment of the event should not impact the well-being of patrons,” a New South Wales Police spokesman said.

“A number of licensed premises have voluntarily agreed to not serve drinks in any glass containers, not serve alcohol ‘shots’ and ensure police are contacted in the event of an act of violence in the establishment.

“Police expect patrons to enjoy the event responsibly and will not tolerate anti-social behaviour or violence.”

Some pub owners in Sydney have already banned the fight over fears that drunken Irish backpackers will cause trouble if McGregor loses, reports Australia’s Sunday Telegraph.

"It's primarily the high risk of antisocial and unacceptable behaviour from the McGregor supporters," publican Bob Tate said.

"They are a very passionate group that wear their heart on their sleeve.” 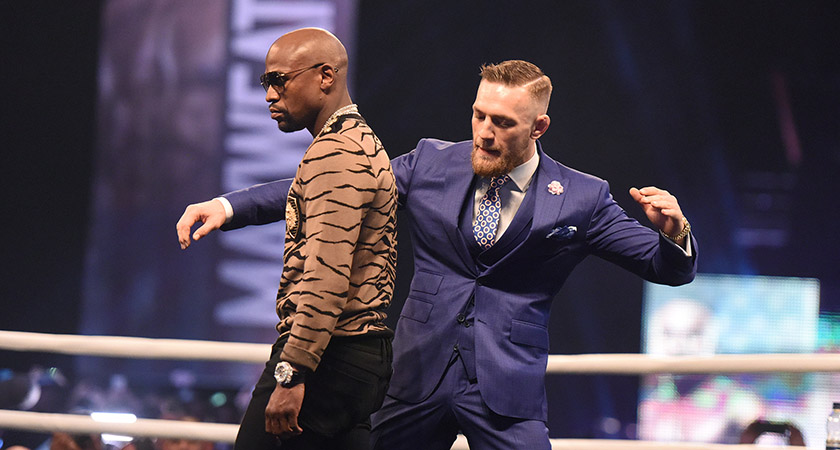 Mr Tate said he drew a distinction between Irish backpackers and residents who have settled in the country.

"The majority of long-term Irish residents are great fun and great people,” he said.

“But problems arise with the transient backpacker Irish traveller who does not conform to our responsible service of alcohol requirements and goes way too far, then disappears into the night to travel to their next destination.”

"History and undeniable evidence shows me the likelihood of problems during or after the event is substantial.

“Economically, unless you are an extremely big venue you just cannot sell enough food and beverage to cover costs of extra security."