HAVING RELIGIOUS and spiritual beliefs isn’t just good for the soul – it may actually be good for your physical well-being if the findings of a new study are to be believed.

According to new research published in Brain and Behaviour, there’s evidence that religious and spiritual beliefs reduces the risk of depression.

It’s all to do with changes in white matter microstructure, which plays a crucial role in developing the communication pathways of the brain.

“A previous study found that persons who said that religion or spirituality were highly important to them were protected against depression over 5 years, even though they were at high risk because of their family history,” study author Dongrong Xu of Columbia University and the New York State Psychiatry Institute explains.

“Because of these findings, we tried to understand what may be going on in the brain that would have this effect.”

An MRI-based neuroimaging method, diffusion tensor imaging allows for the visualisation of white matter tracts within the brain. 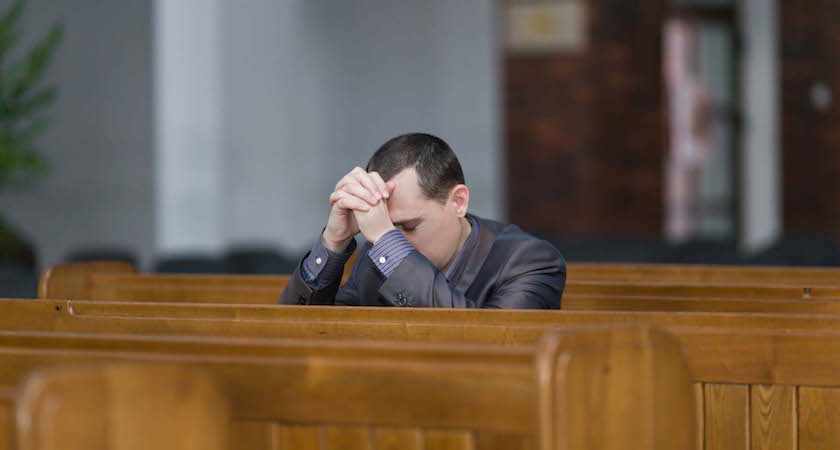 “Our findings suggest that the reported high importance of [religion or spirituality] beliefs may have effects on white matter integrity in the bilateral frontal lobe, temporal lobe, and parietal lobe, particularly the bilateral precuneus,” the researchers wrote in their study.

“While these regions are also associated with risk of developing [depression], reorganization of white matter through [religion or spirituality] may help protect individuals from going on to develop the illness.

“In summary, individuals at high familial risk for depression typically share a neural signature that is similar to the one that can be found in those at low familial risk, as long as they take [religion or spirituality] beliefs as highly important.”

Xu has been keen to stress that the results do come with some caveats.

“People’s religious beliefs may change over the time of lifespan. This study was based on the religiosity and spirituality measure across only about 5 years,” he explained

“Future studies may want to use samples with more stable measures across a longer time period to validate our findings. Of course, all results require replication.”

The full study can be accessed here.