Robbie Keane could be set for a sensational return to the Republic of Ireland national team setup as coach - provided Mick McCarthy gets the top job.

That's according to a report from Mirror Sport which suggests Ireland's all-time top scorer could be given a role as part of McCarthy's backroom staff.

McCarthy is the current favourite to take up the post for a second time but has not yet been approached by the FAI over the role.

The Yorkshireman has so far refused to comment on the speculation but has made no secret of the fact he would relish a return.

Asked about taking up the post for the second time in 2016, he said: "If there's no manager in it and I'm out of work and someone asked me to do it, of course I'd do it."

According to The Mirror, The FAI are keen on appointing a "safe pair of hands" to guide Ireland to Euro 2020 with Dublin set to host four games at the finals. 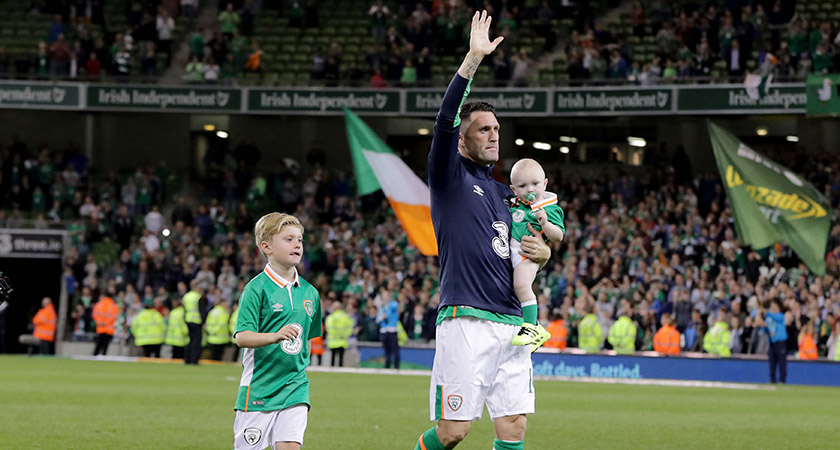 Keane is thought to be eager on a career in management making a role on McCarthy's staff the perfect opportunity to help the Irishman hone his skills.

McCarthy and Keane enjoyed considerable success together at the 2002 World Cup, with Keane scoring three goals on route to the second round of the competition.

Dundalk manager Stephen Kenny is also among the contenders being tipped to replace O'Neill in the role, having enjoyed notable success in the League of Ireland.

The FAI could be tempted to opt for a left-field choice though with Carlos Queiroz the latest name being linked with the post.

The former Manchester United assistant manager comes with an impressive CV as an international manager.

He also comes with a proven track record for blooding in young players and getting the best out of his teams despite limited resources.