RUSSIAN agents have been sent to Ireland to inspect undersea cables which connect the United States to Europe.

Since the reports, there's been widespread fear that the cables could have been tampered with or even completely cut.

The cables in question are underwater fiber-optic cables which carry internet signals from North America to Ireland, the UK and mainland Europe.

Ireland acts as a landing point for thirteen of these cables, and the Times are reporting that agents from the GRU - Russia’s military intelligence agency - have been sent to Ireland to map their locations. 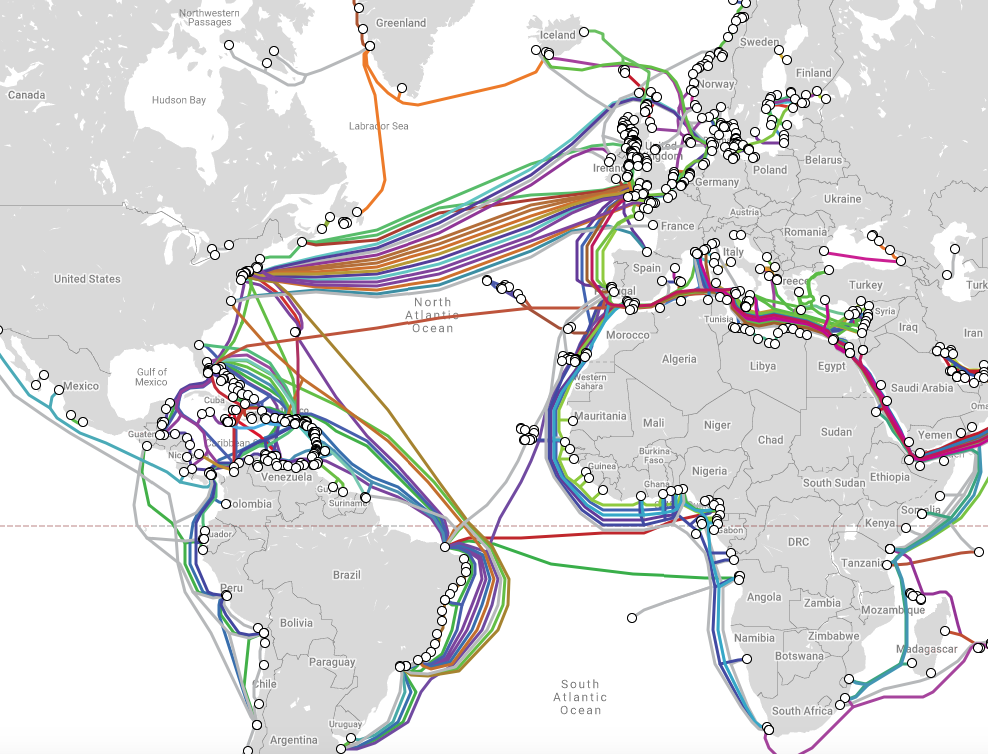 The fiber-optic cable network around the world (credit: TeleGeography)

There're also reports that these agents have been spotted scouting Dublin Port.

Sounds like something out of James Bond, right? Well you can be sure of that when you consider that the world's economy very much depends on the integrity of these cables.

There are fears that Russian agents are monitoring the cables so that they can be tapped, altered and even cut in times of conflict.

However, the quell any such fears, the Times point out that the location of these cables and their landing points have already been made public by Ireland's Department of Planning, so any devious scuba-spying wouldn't be entirely necessary.

In any case, these undersea cables are pivotal in running the world's internet, mobile services and financial transactions. 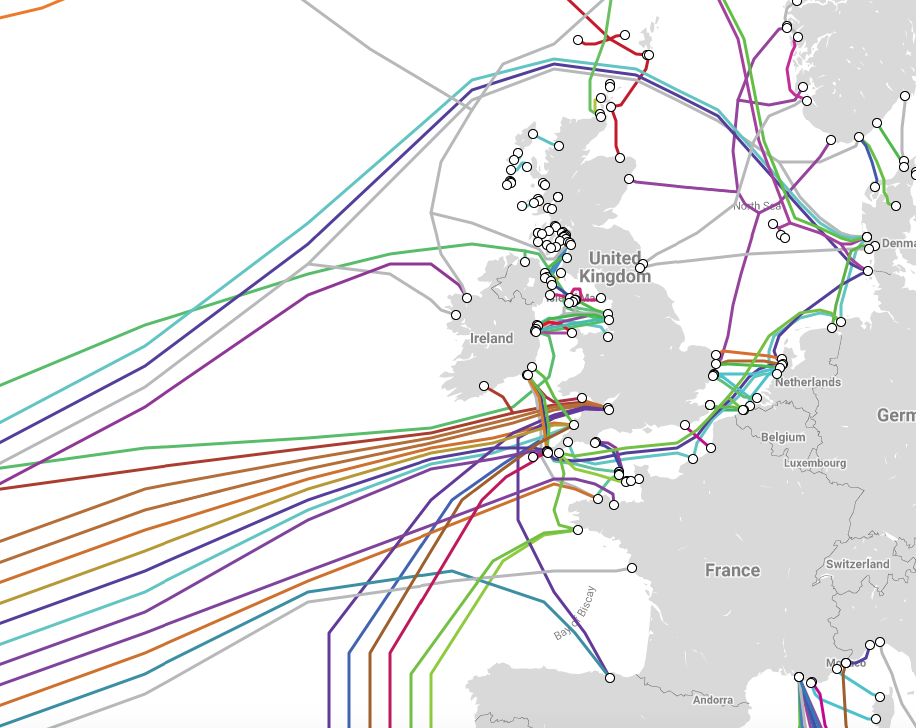 A closeup of the cables which land on Irish shores (credit: TeleGeography)

A network of them run around the coastlines of the world and cross the oceans to link every corner of the planet to one another.

It's estimated that around 97% of all intercontinental data is transferred through these cables.

"It's a relatively soft target. Ireland is a major node for the global internet.

"It has a large concentration of tech companies. This is the new battle space of the future."