THE British Home Secretary is to be informed of the Irish Government’s concerns over undercover British police officers who operated in Ireland.

Mr Brokenshire revealed during the meeting that he would inform Home Secretary Amber Rudd of the Irish Government’s concerns about undercover agents.

One agent, Mark Kennedy, who infiltrated various protest groups between 2003 and 2010, became infamous in Britain after being exposed as an undercover officer.

His conduct in the role is being investigated as part of the Pitchford Inquiry, set up in 2015 to investigate undercover police operations and the officers involved.

Last week, the matter was raised in the Dáil by Anti-Austerity Alliance–People Before Profit TD Paul Murphy, who informed Taoiseach Enda Kenny that Mr Kennedy had operated in Ireland.

The Taoiseach responded by committing to have the raise the issues raised at Tuesday's meeting.

Mr Kenny added that “the security forces here would be very concerned about agents from another country operating in this jurisdiction”.

In a statement to The Irish Post, the Department of Foreign Affairs confirmed that Minister Flanagan raised the issue with the Secretary of State for Northern Ireland during his visit to Dublin.

A DFA spokesperson said: “Further to the commitment given by the Taoiseach in the Dáil last week, Minister Flanagan raised with the Secretary of State concerns expressed in the Oireachtas regarding issues connected to the Pitchford inquiry.

“The Secretary of State undertook to convey these concerns to the British Home Secretary.” 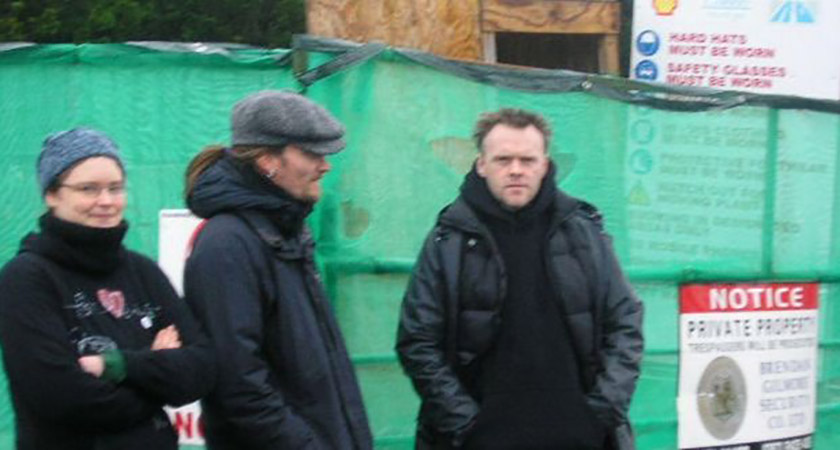 Mr Murphy also called for the publication of a 2011 report commissioned by the Garda Commissioner into the Mr Kennedy’s operations in Ireland.

He said that Mr Kennedy was exposed as a “secret member of the national public order intelligence unit” in Britain.

Last Monday, activists claiming they were duped into sexual relationships by Kennedy while he was undercover in Ireland demanded the Pitchford Inquiry be extended to Irish shores.

The Metropolitan Police in Britain previously published a full apology for the “totally unacceptable behaviour” of officers who entered relationships while undercover.