'Santa was a teenager with an eyebrow piercing': Drive-thru Santa experience cancelled due to backlash

A DRIVE-THRU Santa Experience in County Limerick has been cancelled following major backlash from customers.

The Christmas Drive-Thru Limerick was advertised as a magical Santa experience for children after coronavirus restrictions put pause to the usual tradition of visiting Santa's Grotto and meeting the man himself in person.

Originally due to take place in Curraghchase, the Christmas Drive-Thru was moved to the Limerick Racecourse with short notice, and opened for the first time on Saturday at a price of €38 per car.

The event has now been cancelled after major backlash from customers who complained of a lack of Christmas decorations and young and inexperienced actors playing the elves, Mrs Claus and Santa Claus. 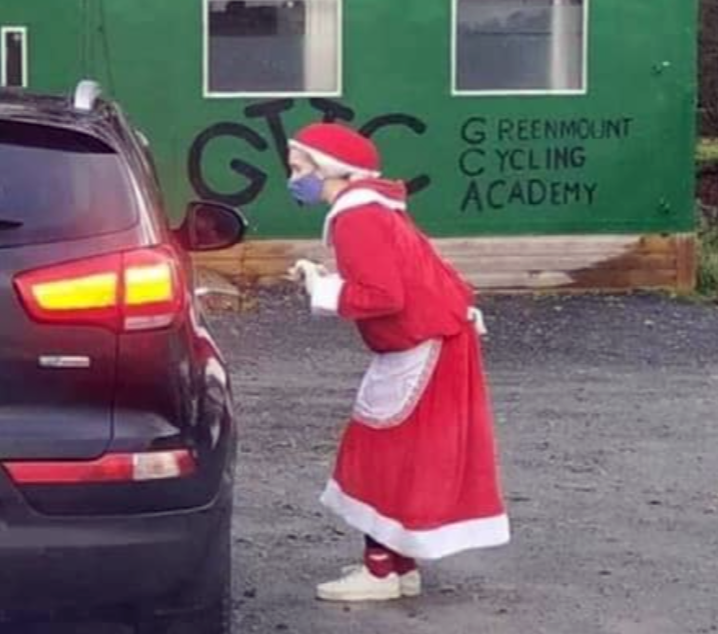 Local community page Limerick Now first raised concerns on Saturday evening after receiving dozens of reviews from angry customers, some of whom said their children questioned the very existence of Santa Claus as a result of the disastrous event.

"We got to pass maybe 5/6 tents of "elves" who were no more than 16," one person wrote to the page, adding the elves only asked the children if they were good this year or what Santa was bringing, a question "repeated every tent".

The cars had to queue again to meet Santa, who was allegedly a young teenage boy "with no belly", black hair and a plaster covering his eyebrow piercing.

So much bad feedback coming in all day on Santa drive thru experience that kicked off today in Limerick...

"An elf banged on the car to pretend to put toys in the car and that was it ... my kids asked many questions. My son even asked was that not the real Santa, why isn't the real Santa here!"

"There was no ginger bread houses no post office station,nothing. Not even a decoration."

Others claimed that the Drive-Thru's 'Grinch' game upset their children and made them think the Grinch had stolen their toys and they would receive nothing on Christmas Day.

Images taken at the event shows a lack of decorations and cheap costumes, despite the event advertising a number of events including 'Gingerbread Lane, Elf Town, Santa's Mailroom, Santa's Sorting Office' and more. 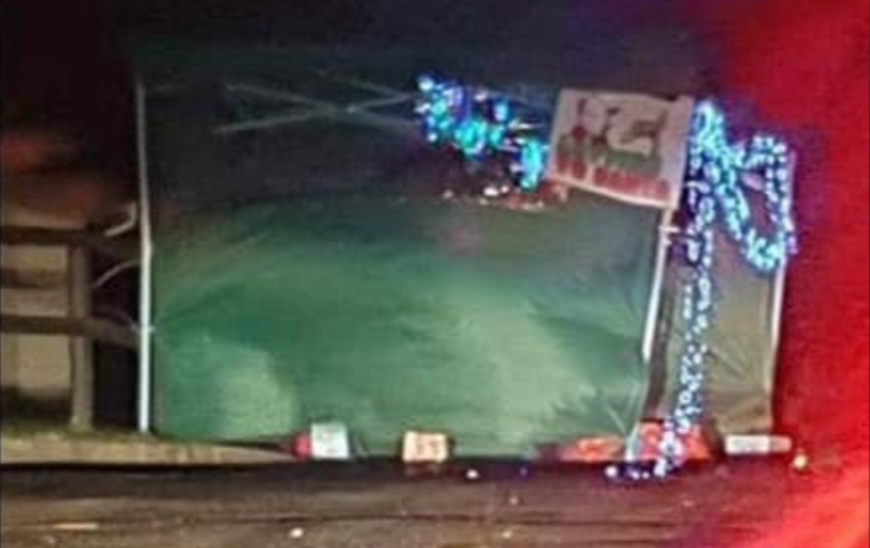 Following the backlash, the organisers of the event released a statement confirming the event would be cancelled going forward, blaming a "false social media storm" for the cancellation.

Stating their event was "subject to the unforgiving cancel culture on social media", the organisers said they need to "put the safety [of] our actors first and some parents are not respecting social distancing".

"We cancelled this event due to the safety of our actors being compromised. Our excellent actors are worthy of respect and security. The angry and abusive customers most of whom have yet to even attend the event have and are still currently barraging them with mindless disrespect and hurtful words," a spokesperson wrote.

"They are also sharing photos of underage actors on social media which we feel should be removed immediately. These are very young actors who worked very hard and don't deserve this backlash."

A later statement confirmed that all ticket-holders have been refunded, and the money will "take a couple of days to reach your accounts".