GLASGOW, SCOTLAND - FEBRUARY 01: Football supporters are escorted by police from Hampden Park following the League Cup semi final match between Celtic and Rangers on February 1, 2105 in Glasgow, Scotland. One of world football's most intense rivalries Rangers and Celtic met today for the first time in three years. (Photo by Jeff J Mitchell/Getty Images)

SECURITY measures were upped in Glasgow as Celtic faced Linfield FC in the second leg of the Champions League qualifiers.

Tonight was the second time the two teams faced off in one week after the first leg of the qualifier, held in Belfast on July 14, saw Celtic beat home team Linfield FC at Windsor Park 2-0.

But in light of safety concerns for fans, Celtic FC had refused their ticket allocation for the clash.

Around 1,500 Linfield fans travelled from Belfast to watch this evening's game as police urged supporters to 'focus on the football' and brought in additional officers to Celtic's home city to assist supporters.

The charges against Linfield FC include the throwing of objects onto the pitch and a field invasion by fans.

Celtic striker Griffiths faces disciplinary action for 'provoking spectators' after he tied a Celtic scarf around a goalpost, while UEFA has charged the team with 'improper conduct' after they picked up five cards.

This case will be dealt with by the UEFA Control, Ethics and Disciplinary Body on July 20. 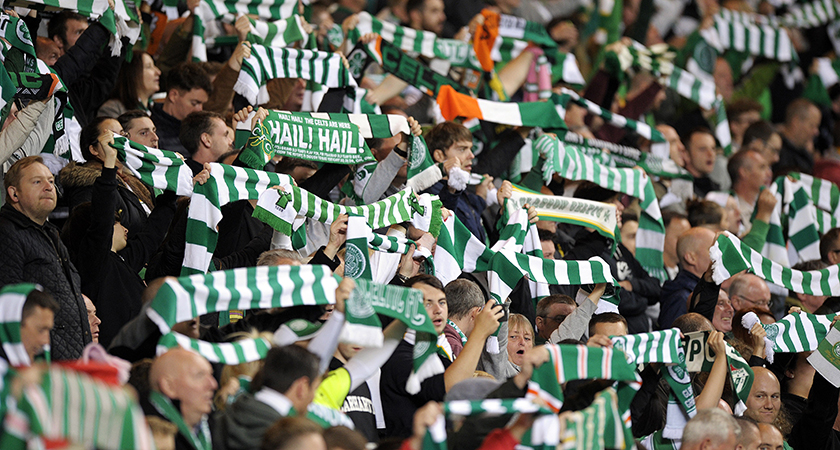 Fans attending tonight's game have been urged to 'focus on the football.' (Picture: Andy Buchanan/AFP/Getty Images)

Speaking ahead of this evening's clash, Superintendent Craig Smith, Event Commander, said: “Glasgow once again is in the spotlight as Celtic host Linfield on their return leg.

"We’ve been working with a range of partners including PSNI in our planning in the lead up to the match.

“Although the majority of supporters attending these matches are well-behaved and enjoy the game, there is often a minority who are intent in drinking too much alcohol and engage in criminal behaviour such as disorder, offensive behaviour and vandalism."

Police also warned fans that it is an offence to use threatening, abusive or insulting words or behaviour or display written material likely to stir up hate crimes, as well as to bring flares, fireworks and pellets into the sports ground.