MIKE PENCE'S recent state-visit to Ireland hasn't gone down as well with the Irish public as the Vice President might have hoped, particularly after controversial comments he made surrounding UK Prime Minister Boris Johnson and Brexit.

After calling for Ireland to "negotiate in good faith with Boris Johnson" and for the nation to "protect the United Kingdom's sovereignty", various sections of the Irish media have accused Pence of betraying his hosts, and indeed the Irish roots he claims to hold so dear.

Miriam Lord, a political columnist for the Irish Times wrote: "Like pulling out all the stops for a much-anticipated visitor to your home and thinking it has been a great success until somebody discovers he shat on the new carpet in the spare room, the one you bought specially for him.” 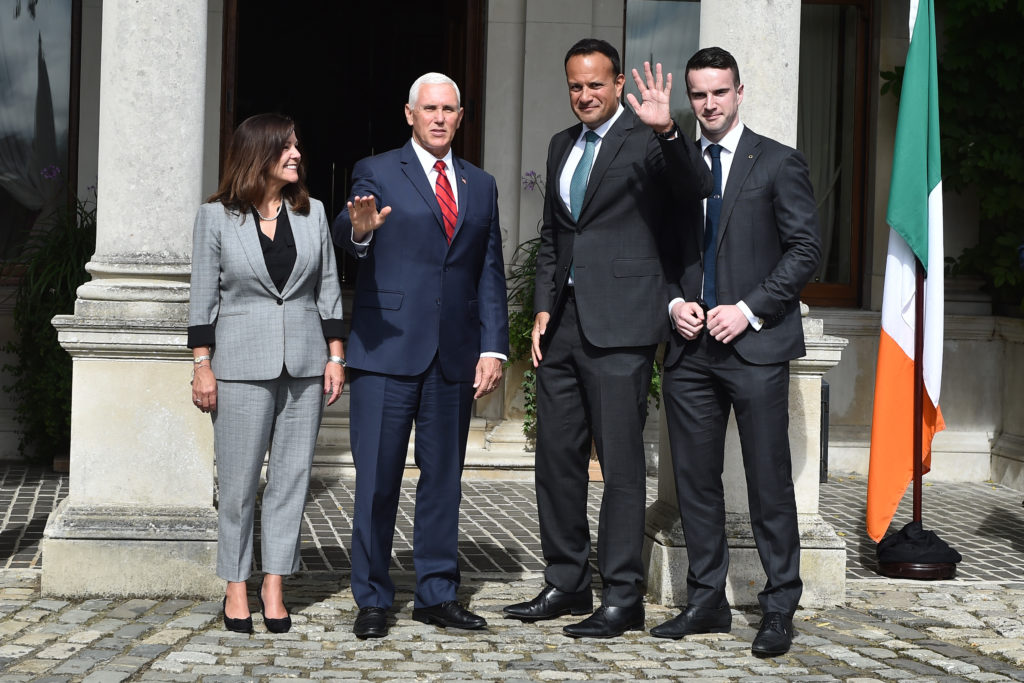 In a way, Pence's was a situation difficult to navigate. Brexit tension is as high in Ireland as apathy for Boris Johnson is low. But due to the 'special relationship' between the UK and the US, it would be rare for any Presidential administration to be seen undermining a British Prime Minister.

Donald Trump has made his feelings known. He likes Johnson (while he's in Downing Street, anyway), and until that changes, Pence is expected to toe the Trump line.

But it wasn't just the diplomatically naive comments surrounding Brexit that irked the Irish people, Pence's troubles began before that.

The Vice President decided to stay at Trump's golf resort in Doonbeg, Co. Clare during his stay, meaning he had to travel by plane to and from every official engagement.

Political editor for the Irish Examiner Daniel McConnell wrote: "The cheek of him coming here, eating our food, clogging up our roads and then having the nerve to humiliate his hosts."

Mr. Pence claims it was logical for him to stay in Doonbeg due to the size of his security detail, and because he planned on visiting the village where his grandmother once lived.

Fair excuse or not, it doesn't appear to have appeased the Irish community.

“Pence,” Lord added in her column, “is Irish American and wastes no opportunity to go misty-eyed about his love for the ‘Old Country’ as he lards on his Mother Machree schtick on both sides of the Atlantic.”