APPLE CO-FOUNDER Steve Jobs faked his death and is alive and well living in Egypt.

That’s the theory being put forward by one conspiracy theorist after a photograph of a man bearing an uncanny resemblance to Jobs surfaced online.

The photo was first posted on Reddit by u/Sheshesheqwerty and has sparked widespread discussion about the possibility of Jobs still being alive.

It features a man relaxing in an Egyptian café wearing a short-sleeved Arab robe.

Conspiracy theorists have been quick to highlight a couple of pieces of potential evidence pointing to the man in the picture being Jobs.

There’s the fact that the man in the picture appears to have slipped his shoes off – echoing the Apple leader’s habit of walking around barefoot.

Jobs’ biological father was also a Syrian immigrant from Homs, adding further credence to the outlandish idea that the tech billionaire faked his illness to live a simple, quiet life away from the glare of public life. 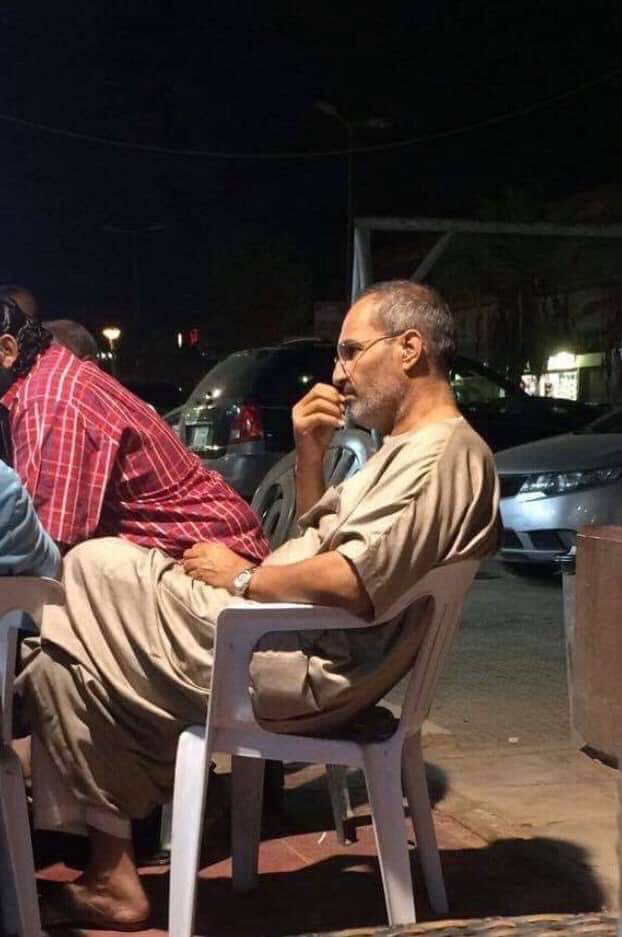 "Honestly, wouldn't put it past him. His love for Egypt and that type of simple living," wrote one Reddit user surmised.

"This guy looks too much like Steve Jobs to be so random," another said.

Even sceptics appeared open to the idea with one opining:  "Idk (I don't known) man. I'm not very into conspiracy theories, but Jobs would be crazy enough to actually do it."

Jobs passed away back in October 2011, following a long battle with pancreatic cancer.

It’s not the first time such a theory has been floated online.

In that instance, the Bush lookalike was later found to be an 87-year-old American university professor.