President Higgins with (l to r) Mairead Manley and her twin Breda Kennedy, who were sent to Goldenbridge orphanage (Image: RollingNews.ie)

HUNDREDS of survivors of the Magdalene Laundries have gathered in Dublin for a two-day consultation with President Michael D Higgins.

The Magdalene Laundries were institutions set up by the Catholic Church to take in so-called "fallen women" and assign them manual work.

Survivors have long maintained that they were cruelly and brutally treated during their time at the Laundries – with reports of women being beaten, put in solitary confinement, their hair cut off, threatened, and verbally abused.

This week's massive meeting is part of the Ireland’s Restorative Justice programme devised by Judge John Quirke and paid for by the Irish government.

It’s understood that around 430 women will attend the event – with some women travelling from abroad for events at the Mansion House, Áras an Uachtarán, and Citywest.

Many of the survivors in attendance are meeting each other for the very first time. 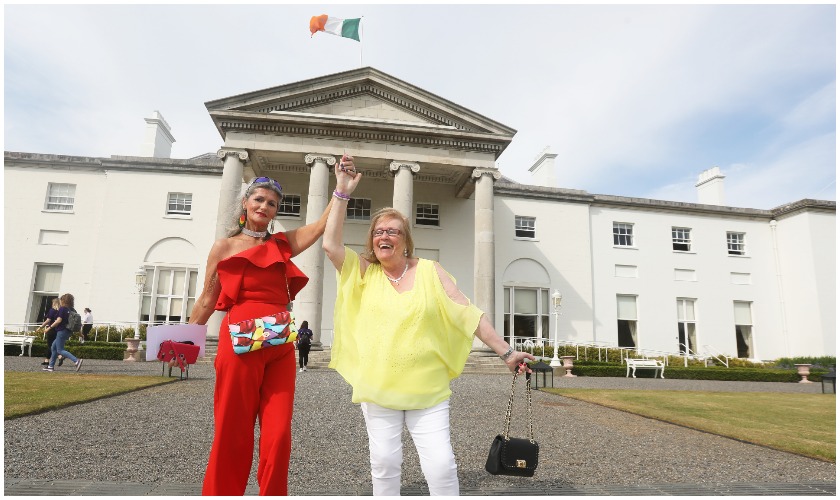 Gabrielle O'Gorman, of Justice for Magdalene Survivors, with Angie Downey, whose mother was in a Magdalene Laundry (Image: RollingNews.ie)

At an event hosted by President Higgins at Áras an Uachtaráin this afternoon, women who spent time in Magdalene Laundries were given an opportunity to speak about their experiences.

It comes after Saturday's announcement that reparations would finally be paid to survivors by the Department of Justice, due to the Irish State's infamous funding of the Laundries.

Speaking on RTÉ Radio 1 today, survivor Elizabeth Coppin described her mistreatment at the hands of the Laundry.

"We did get abuse in there, in different forms. They played mind games with us," she said.

"I was in the padded cell in Cork, accused of stealing someone’s sweets. I wish I had! I hadn’t, and I told them. But I was in there for three nights. Three days and nights. 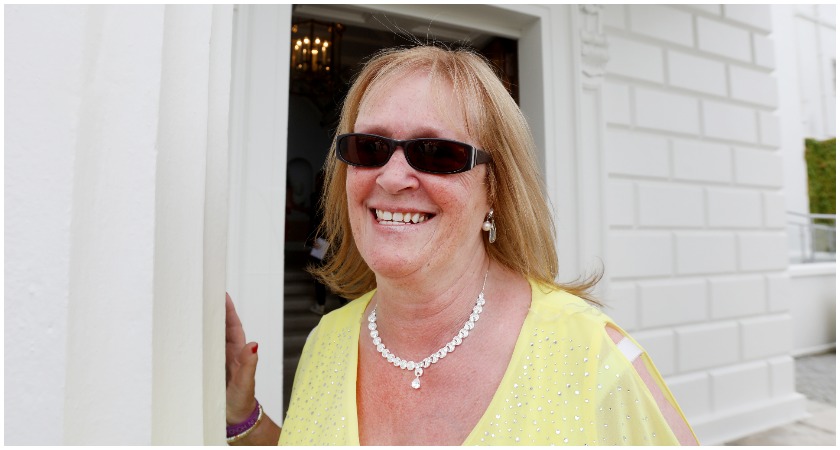 Angie Downey at Áras an Uachtaráin for her meeting with President Higgins (Image: Eamonn Farrell/RollingNews.ie)

"There was no mattress on the floor. There was an air vent type of thing up high. I had, again, I had a pot. And I had an enamel cup and a plate with dry bread on it. And I had a cup of water."

Ms Coppin spent most of her childhood in an industrial school, before being sent to three different Magdalene Laundries.

She added: "I can’t believe I’m sitting here, and actually going to meet the President.

"Sometimes it’s like a dream what happened, it’s surreal. It’s just mind-boggling really, and to think it was a free – a so-called free state – Catholicism is supposed to be for the good of all, but really they were good for evil deeds."

Josie Keane, who was at The Good Shepherds Magdalene Laundry in Limerick from the age of 15, said she was "still angry" about her experience – but added that it "felt brilliant" to share her story with the President.

"I was 15 when I went in there and I was torn apart like. I’m always thinking that I’m back there again," she said.

"It wasn’t my fault that I was put in there. I do feel angry."