THE FIRST trailer for Stranger Things season three has been released by Netflix, giving fans a glimpse of what to expect from the upcoming eight-episode run.

Much has changed for our would-be Goonies, who are older and wiser for their adventures fighting against the Alien-like creatures from the Upside Down.

“We’re not kids anymore,” Mike says at one stage, adding: “I mean what did you think, we’re just gonna sit in my basement all day and play games for the rest of our lives?” 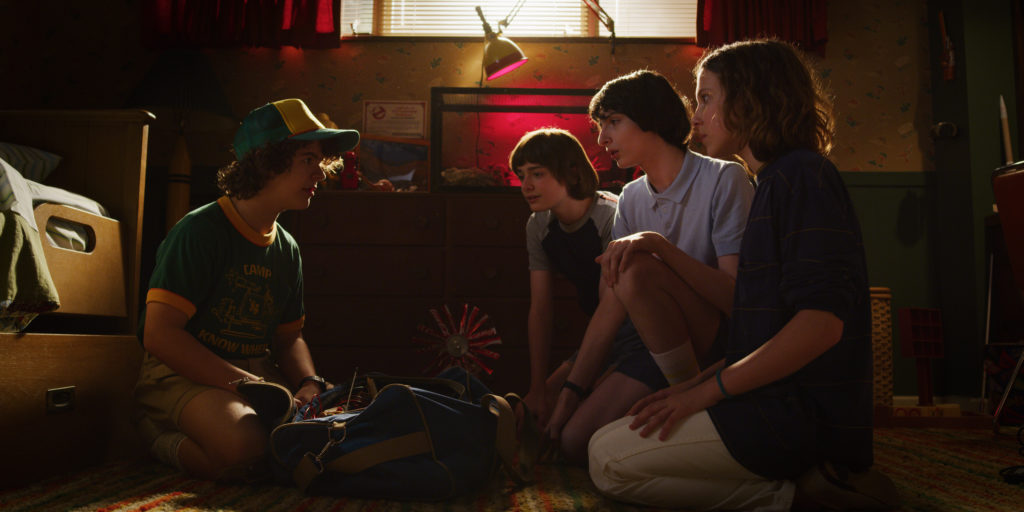 Thankfully for Mike, a new mayor is in town – quite literally – in the form of Cary Elwes who is playing the shady-looking Mayor Kline in the new series.

The Princess Bride actor has enjoyed a neat sideline in playing slimy villains over the years and that certainly looks to be the case this time around, with his character behind plans for a new mall that is guaranteed to spell trouble.

The gang won’t be spending much time indoors either with the new season set to take place during the summer of 1985 as the town of Hawkins, Indiana prepares for its annual July 4th celebrations.

Something wicked this way comes though, and it isn’t long before creepy government types are back on the scene along with the monsters of the Upside Down, only this time they are bigger, stronger and somehow even more frightening than before.

All the other familiar favourites are back including Jim Hopper (David Harbour) and Steve Harrington (Joe Keery) along with Winona Ryder who is on great boggle-eyed form as Joyce Byers.

“By mid-1985, the era whose box office was dominated by Back to the Future, Mike and Eleven have developed a romantic relationship, as have Max and Lucas. Our heroes and heroines are living seemingly normal lives, though one year after the defeat of the Mind Flayer, things are not all what they seem in Hawkins.

“The town has a new leader, the morally corrupt Mayor Kline, whose administration supported and presided over the construction of the new Starcourt Mall.

“With the Fourth of July approaching, strange things start to happen: Lucas' sister Erica discovers a mysterious new threat, and a lifeguard at the community pool suddenly disappears, triggering fear in those that still have the events from the previous year fresh in their minds.”