A SWIMMER who miraculously survived after spending more than 10 hours in the water was rescued thanks to the help of a pod of dolphins-- and the heroic RNLI volunteers.

Volunteer lifeboat crews from Fenit RNLI in County Kerry rescued a swimmer on Sunday night after the alarm was raised by beachgoers who noticed that clothes had been left on a beach at Castlegregory earlier in the day, with no swimmer in sight.

Fenit RNLI and Rescue 115 had been requested to launch by the Irish Coast Guard at around 11am on Sunday morning, but did not find the missing person until nine and a half hours later-- thanks to the sudden appearance of a pod of dolphins.

At 8.30pm on Sunday evening, with the sun beginning to set and the chances of finding the missing swimmer diminishing, the Fenit RNLI crew noticed a pod of dolphins swimming nearby, about two and a half miles from Castlegegory beach where the clothes were found.

Upon closer inspection, they realised they could also see a man's head in the water with the dolphins, and immediately sped towards the scene.

Volunteers took the swimmer onboard the All-Weather Lifeboat, and he was rushed to Fenit Harbour where he was met by an ambulance and brought to hospital, where miraculously he seemed in good health despite having spent at least 10 hours in the water. 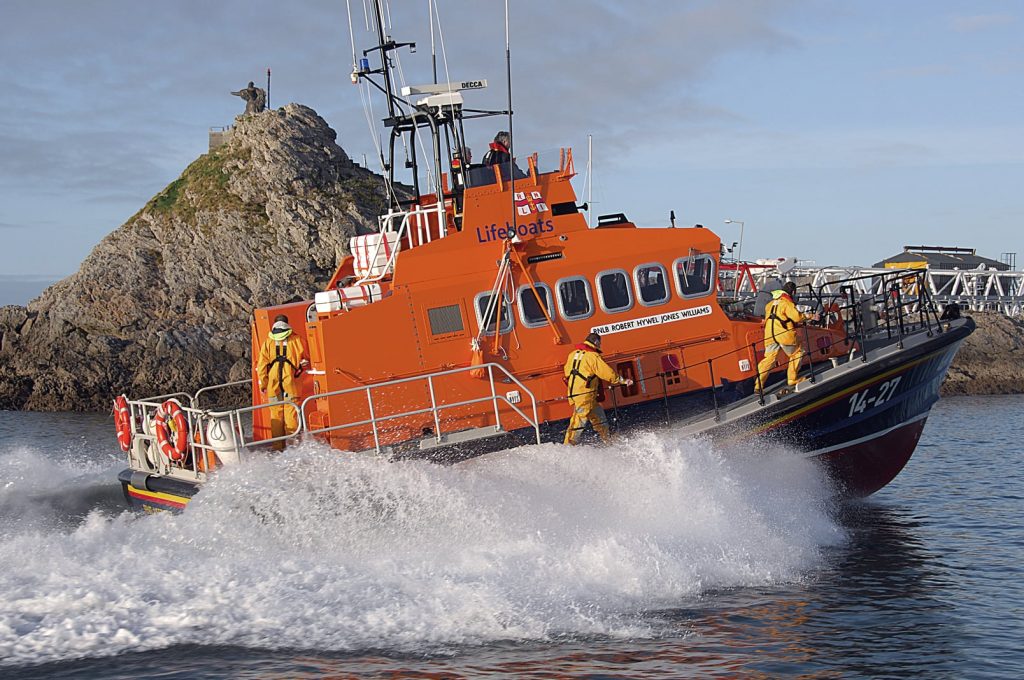 "After a long and exhaustive search, members of the lifeboat crew were overjoyed to sight the missing swimmer in the water. They had been scanning the water for any sign of movement and were worried with light fading that they would not find anyone.

"Even at this time of year, the water can be very cold and as, yet we don’t know how long this person was in the water and when they entered it. When the lifeboat crew found them, they were a good distance from the shore and were exhausted."

Mr O'Donnell added: "We would advise that anyone undertaking a swim lets people know where they are going and when they expected back. This was a very lucky individual."