Ireland is an ancient country steeped in history and superstitions, so it's no wonder we've got a few good ghost stories going around-- one Irish town was even named one of the top 5 most haunted places in all of Europe!

So if you're interested in ghosts, history and have a spare 2.5 million lying around, Ireland's most haunted house could be yours.

Wexford's Loftus Hall has gone up on the market, complete with 22 bedrooms, 63 acres of land and a smattering of ghosts-- including, some say, the spirit of the devil himself.

The seemingly idyllic country mansion draws thousands of guests each year, with people eager to hear the story of Anne Tottenham, a girl who, in 1775,  encountered a house guest within the mansion who she was convinced was the devil. 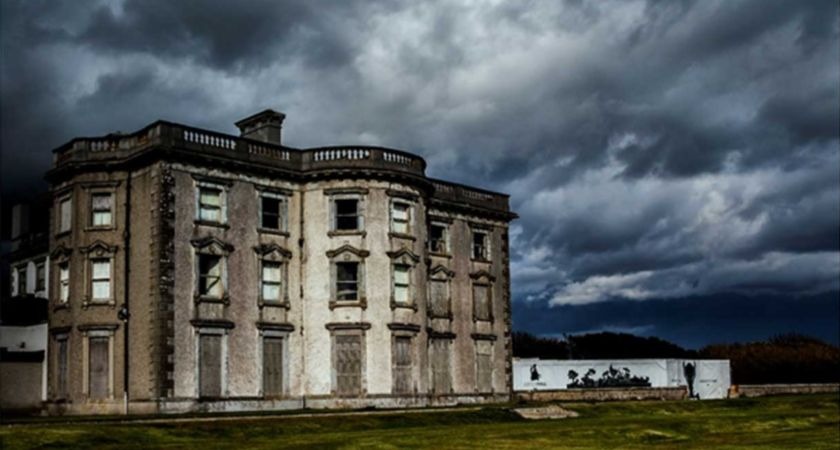 The story goes that the mysterious stranger arrived at Loftus Hall in search of shelter from a storm, and Anne, being quite taken with him,invited him to play a game of cards.

But the stranger dropped a card, and when Anne bent over to pick it up, she realised that, hidden beneath his cloak were two cloven hooves.

With his true identity revealed, the mysterious burst into a cloud of smoke and flew through the roof of the house-- the hole left in his ascent remains in the mansion today, as do the ghostly footsteps of Anne Tottenham, who locked herself in her bedroom until she died after witnessing the supernatural occurrence.

But Anne's spirit still remains, and her footsteps can be heard echoing through the mansion at night, despite an exorcism being carried out by a local priest.

The castle and hall has passed through the hands of multiple owners, including English planters as part of the Cromwellian conquest of Ireland and a Benedictine order of nuns, and was last up for sale in 2011 for €625,000.

According to The Irish Examiner, current owner Aidan Quigley says he is "not going to sell it to anyone".

"I'll be interviewing potential buyers. If a state body comes in, that's an option. If an American owner wants to live here, I'd be keen to work with them to restore it."

Sounds like the beginning of a horror movie to us...