THREE EXTREMELY vulnerable puppies that were found dangling over a river in a plastic bag in Donegal have been making a steady recovery.

The Irish Society for the Prevention of Cruelty to Animals (ISPCA) was left saddened by what they viewed as a shocking example of animal neglect with the puppies “fly tipped like pieces of trash”.

A concerned passerby first came across the pups on the evening of Wednesday, July 8, initially believing it to be a bag of abandoned kittens hanging off a strand of barb wire on the bridge near Drumkeen, Co Donegal.

The frightened young dogs were taken from the scene to receive emergency treatment for hypothermia, hypoglycaemia and hunger and later transferred into the care of the ISPCA. 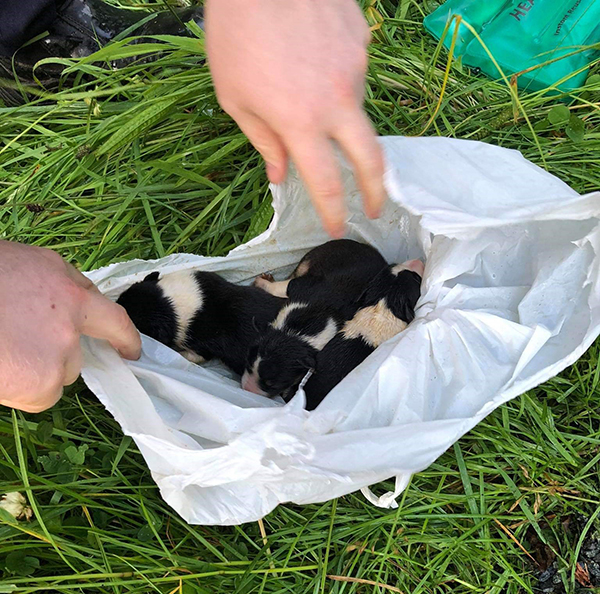 Even so, carers were cautious about the prospects of all three making a full recovery.

Fast-forward almost a month and the three dogs, named Fern, Alex and Glen are making a steady recovery.

“We’ve been caring for the pups around the clock since they arrived and it was touch-and-go whether any of the puppies would survive,” she said.

“As a veterinary nurse, I know just how important it is that they get enough fluids for both nourishment and hydration and also that they expel frequently and easily.

“Too much or too little and the situation can change for the worse really really quickly.

“During that first night, I hand-fed them milk by syringe nearly every hour.

“I really didn’t rest more than 15 minutes at a time for those first few nights.” 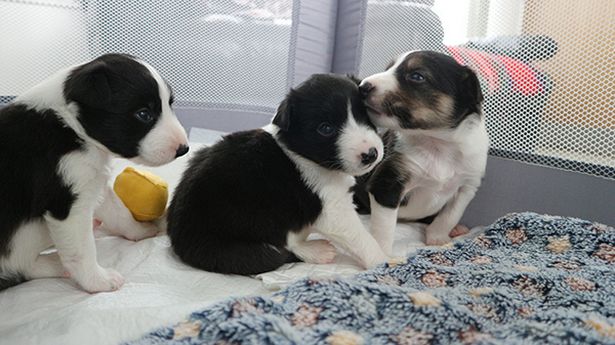 Suffering from the shock and stress of their abandonment, the good news is that all three puppies have now almost doubled in weight and are well on the way to being fit and healthy.

The trio still needs lots of critical care before that happens.

Thankfully, the team at the ISPCA Animal Rehabilitation Centre are on hand and ready to do exactly that for the next few weeks.

Of course, the team at ISPCA are keen to highlight the fact that not every dog out there is so lucky when it comes to abuse of this kind.

Investigation after dogs seized from deplorable conditions in Tipperary