LAUREN MCGRATH was just three years old when she was diagnosed with Leukaemia.

Eleven years later and she has battled cancer three times in her young life.

Lauren has undergone a bone marrow transplant, countless bouts of radiotherapy and chemotherapy, and last year lost a leg to the disease after an aggressive tumour was discovered behind her knee.

The 14-year-old, who lives in County Limerick with her mother, father and brother, also developed a rare form of epilepsy five years ago during her second battle with Leukaemia, and could suffer up to 25 seizures a day without medication, further complicating her recovery.

When Lauren complained of a lump behind her knee, the family initially thought it was from the use of her wheelchair, which she must use as her epilepsy makes it unsafe for her to walk as she risks collapsing at any time; despite being on tablets, Lauren still suffers six or seven seizures a day.

"But they diagnosed a very aggressive tumour," her father Niall told The Irish Post. "We had a choice to make."

The family were forced to make the decision to amputate the leg, as the tumour was wrapped around the nerves; surgery would likely leave her without the use of the limb from the knee down, and there was a chance the cancer could return.

"It took me three days to pluck up the courage to look her in the eye and say 'You're going to lose your leg to save your life'," Niall said, "but she looked at me and said 'I can do it Dad, let's get on with it.'" 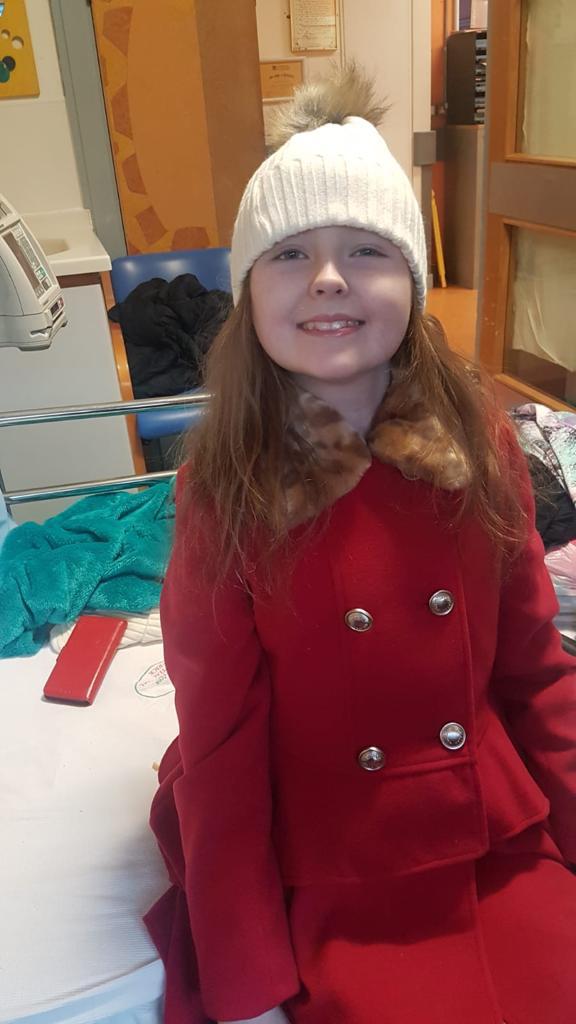 Lauren, 14, is fighting cancer for the third time in her life (Images courtesy of the McGrath family)

In the last five years, the McGrath family and their doctors have tried "everything, absolutely everything" to treat their daughter's epilepsy, but "nothing has worked".

But there is one drug which they have not yet been able to try: Epidiolex, a Cannabis-based medication, available in Ireland, which has been proven to be effective on Lauren's type of epilepsy.

But despite being prescribed the medication by their consultant neurologist, the McGrath's have been refused free access to the life-changing drug time and time again.

"Epidiolex does not contain THC," Niall explains. "There's no psychoactive element. You don't need a license for it. You can get it with a prescription, but the HSE will not list it.

"It costs €1,200 a month and you can't get reimbursed for it. Even though Lauren is a cancer patient, she has a medical card and she's on the long-term illness scheme, we've been turned down every step of the way."

"We're at the end of the road," Niall admitted.

Without the medication, which could drastically reduce Lauren's seizures, she will not be able to use the prosthetic leg currently being moulded for her: she needs to be able to do the exercises herself, but with an average of seven seizures a day it is simply too dangerous for her to walk. 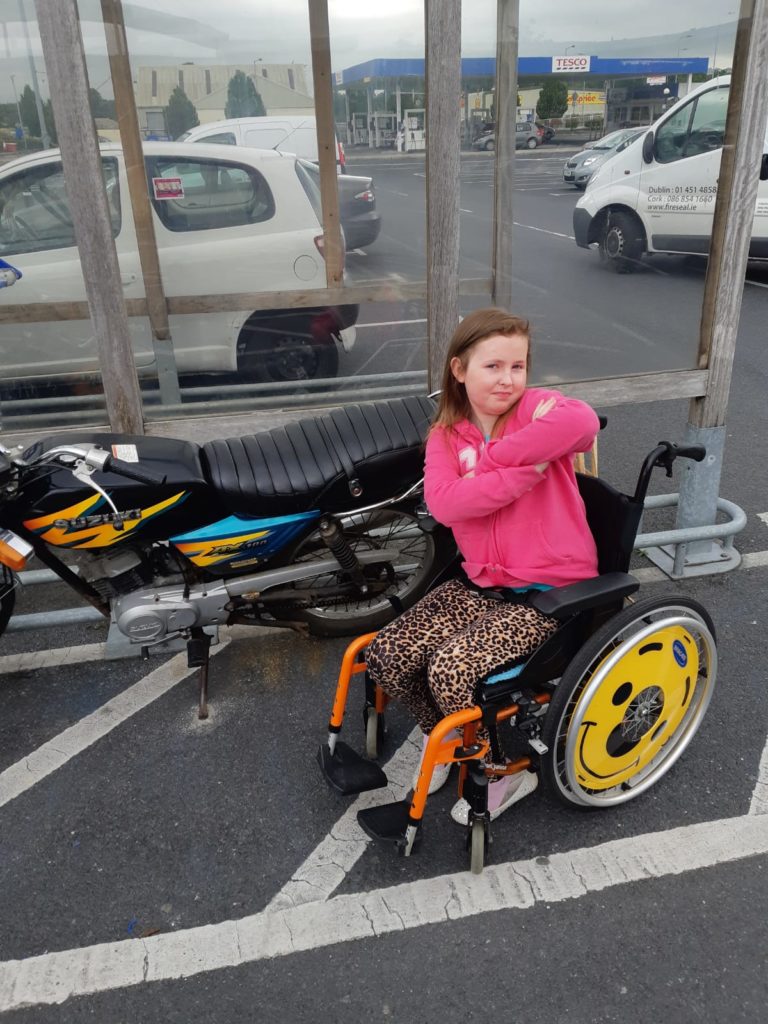 In a report seen by The Irish Post, Lauren's Epidiolex was not approved for reimbursement "as it is currently undergoing formal pricing and reimbursement assessment"-- but time is running out.

"They keep kicking the can down the road, " a frustrated Niall said, "but we only have another few months where they can get the orthopaedic leg sorted, otherwise it's too late."

"And Lauren is extremely high-risk, she's in the category where you could just stop breathing in your sleep. It wouldn't be a massive seizure, the brain just shuts off in your sleep and you stop breathing. She could die at any time."

The sheer amount of seizures she suffers every day means Lauren cannot properly learn and has fallen far behind at school.

"She's a great kid, but she's way behind," Niall said. "She'll never do her Leaving Cert or Inter Cert. She still goes to school just for the social side, to mix with her own age, even though she'd be way behind them.

"This is her only chance. We need to try Epidiolex, without it she will never be able to walk or get an education, but its €1,200 per dose, which would last her three or four weeks, and they just keep telling us no.

"Our pharmacist was flabbergasted when they turned Lauren down twice under the long-term illness scheme. She has patients coming to her with medication worth €10,000 a month, a fraction of what Lauren needs, and there's no issue-- but it seems the cannabis oil is the problem.

"Epidiolex is available under the NHS, you can get it in England, you can even get it in the north," a frustrated Niall revealed. "They're supplying it there, but not down here."

Despite everything, Niall is not giving up hope for proper treatment for his daughter-- he has appeared on the radio and in newspapers to tell Lauren's story, and has approached multiple politicians to plead for help. 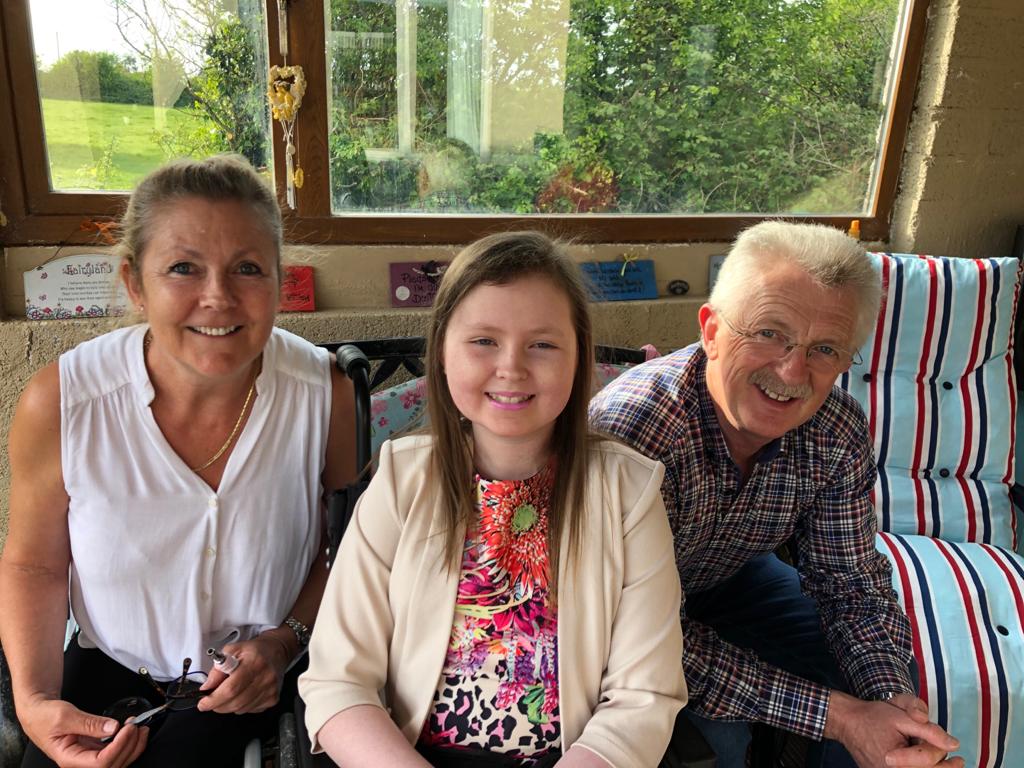 Thurles TD Jackie Cahill has taken on Lauren's case, and through his help the family have been told there may be another medicine which could help Lauren, which the McGrath's will learn more about in a consultation with their neurologist today.

"He said he would do all these things but I heard very little from him afterwards. I got I think one letter, where he said it would all be sorted and (Health Minister at the time) Simon Harris  would do this that and the other, and I heard nothing after it.

"After three or four calls, messages left, not returning my calls, I just gave up.

"But since Jackie Cahill took the case I've had Sinn Féin representatives ring me, I've had Independent TDs call me, I've had nothing from O'Donovan."

The frustrated father said Ireland's Health Service is a "monster out of control" which "throws money away on nothing ... and Lauren can't get access to a drug that might change her life".

"It's a black hole, we throw money into it but nothing changes."

The staff within the HSE however, are "amazing".

"The people on the ground are brilliant," he said. "You couldn't fault the doctors, nurses, catering staff. We've spent time in five hospitals over the last 12 years and they've all been brilliant. Lauren was even invited to turn on the lights last week in the Regional and cut the ribbon on the new children's play area."

As the McGrath family get ready for Christmas, their biggest hope for the New Year is that their daughter will be given access to the medication that she desperately needs.