THREE IRISHMEN have been sentenced to a combined total of more than 50 years in prison for their roles in the deaths of 39 Vietnamese migrants found in the trailer of a lorry in Essex.

The victims, which included men, women and children as young as 15, had paid up to €14,500 as part of a “VIP” smuggling service that saw them board lorries at remote locations on the continent before being transported to the UK.

Once there, the plan was for the migrants to be picked up by a fleet of smaller vehicles. At least seven smuggling trips of this kind took place between May 2018 and October 2019.

In each instance, drivers were aware of that their lorry’s containers house illegal migrants.

The illegal people-smuggling operation came to light in tragic circumstances in October 2019, when a group of 39 migrants were stuff inside an airtight trailer connected to a lorry travelling from Zeebrugge to Essex.

Unbeknownst to all involved, the migrants onboard began to run out of air during the journey.

Though they tried desperately to alert someone, their pleas went unanswered.

The 39 Vietnamese migrants were found dead by lorry driver Maurice Robinson after he came to collect the trailer from the docks the following morning.

It was he who called 999 to report the discovery though not before contacting his boss to relay that the migrants had died during the journey.

Robinson, 26, and his boss Ronan Hughes, 41, both of Armagh, admitted to plotting to people smuggle along with 39 counts of manslaughter. 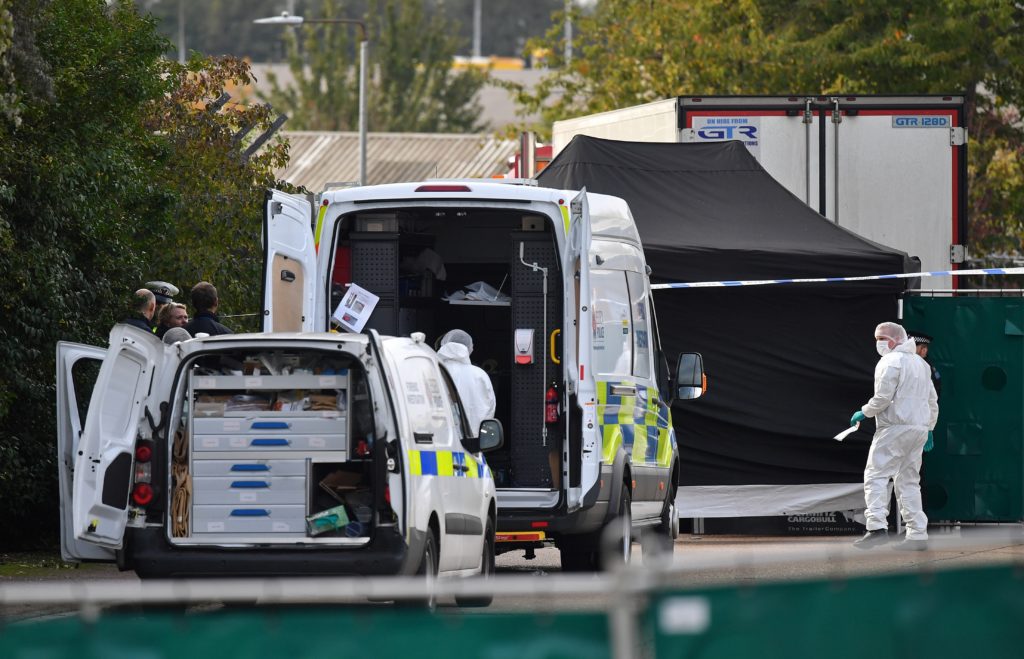 Hughes’s partner Gheorghe Nica, 43, of Essex, who was due to organise the pick-up of the migrants once they arrived in the UK and Eamonn Harrison, 24, of County Down, who collected the victims before shipping them to the UK, were found guilty of the people smuggling and manslaughter charges.

Nica received a 27-year sentence while Harrison got 18 years.

It was determined by Mr Justice Sweeney that the offences did not "meet the criteria" for life sentences as it was possible the killers were unaware of the serious risk of death the situation presented.

The four defendants also escaped life sentences as it emerged that they were working for a Vietnamese kingpin, identified only as “Phong” in the trial, who was at “the top of the ring”.

Several other individuals were also jailed for their role in the operation, which stood to earn the gang over a million pounds.

They include Lorry driver Christopher Kennedy, 24, of County Armagh, who was jailed for seven years.

Valentin Calota, 38, from Birmingham, was also handed four and a half years while Alexandru-Ovidiu Hanga, 28, from Essex, was sentenced to three years in prison.

Speaking after the sentencing, Deputy director of the National Crime Agency Matthew Long said: "There can be no greater demonstration of how dangerous the organised criminal networks involved in people smuggling can be than this tragic case.

"As a result of the callousness and greed of these individuals, 39 men, women and children lost their lives in the most horrific of circumstances."

UK Home Secretary Priti Patel also said: “The pain and suffering endured by the families of the victims of this terrible tragedy is unbearable. They will always remain in my thoughts and prayers.

“The inhumanity of these callous people smugglers and their dangerous organised criminal networks has rightly been reflected in the sentencing today.”