THREE TINY KITTENS were discovered on Tuesday after they were unceremoniously dumped in a plastic bag in Co. Longford.

The little cats, who are thought to be no more than a couple of weeks old, were found freezing, frightened and crying for their mother by Gardai near Rathcline cemetery in Lanesborough.

It's understood that they're now fighting for their lives after potentially suffering from hypothermia.

"With the heavy rainfall and inclement conditions, the bag would not have provided enough warmth and the kittens would have succumbed to hypothermia," ISPCA Centre Manager Hugh O'Toole said. 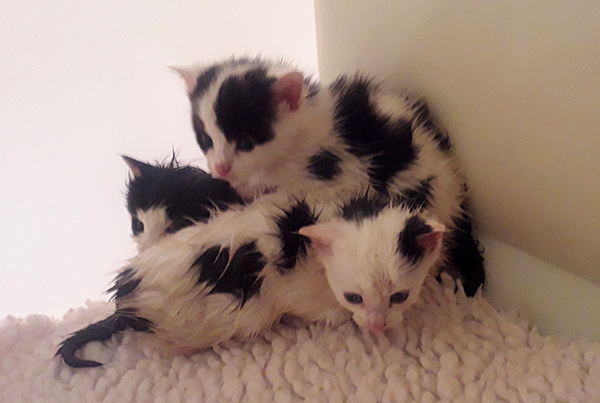 "They were shaking with the cold and completely soaked from the rain. The kittens are no more than four weeks old and sadly have experienced the very worst start in life.

"It's heartless to think that someone placed them in a bag and just abandoned them."

When the kittens arrived at the ISPCA, they were apparently wrapped in towels and placed under heat lamps to try and warm them up.

"It's difficult to determine how long they were in the bag and we were very concerned they are suffering from exposure," Mr O'Toole continued.

"It's heartbreaking to hear them cry for their mother as they are too young to be separated but they are safe now. The next few days will be critical but we are hopeful they will make full recoveries in our care." 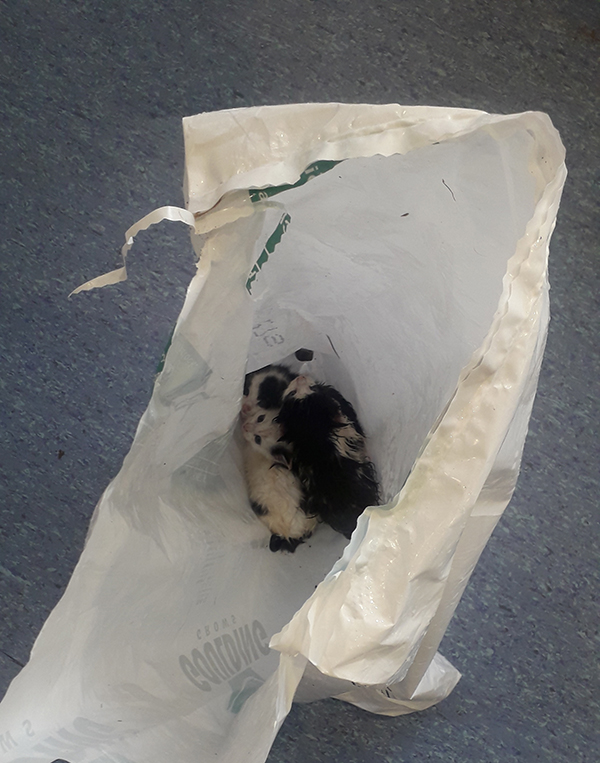 A spokesperson added: "We are appealing to the public for information concerning the abandonment of these three defenceless kittens, which is a criminal offence.

"Please contact your local Gardaí or call the ISPCA National Animal Cruelty Helpline in confidence on 1890 515 515, or report online here. Thank you."