THREE PEOPLE have been killed in a planecrash while fighting bushfires in Australia.

Three unnamed volunteers, believed to be resident in the USA, were assisting in fighting the bushfires which have been raging on the continent since September.

They were travelling in an air tanker, a plane designed to release large quantities of water, when it crashed in the Snowy Mountains in New South Wales (NSW).

Authorities have said that there were no survivors in the crash. 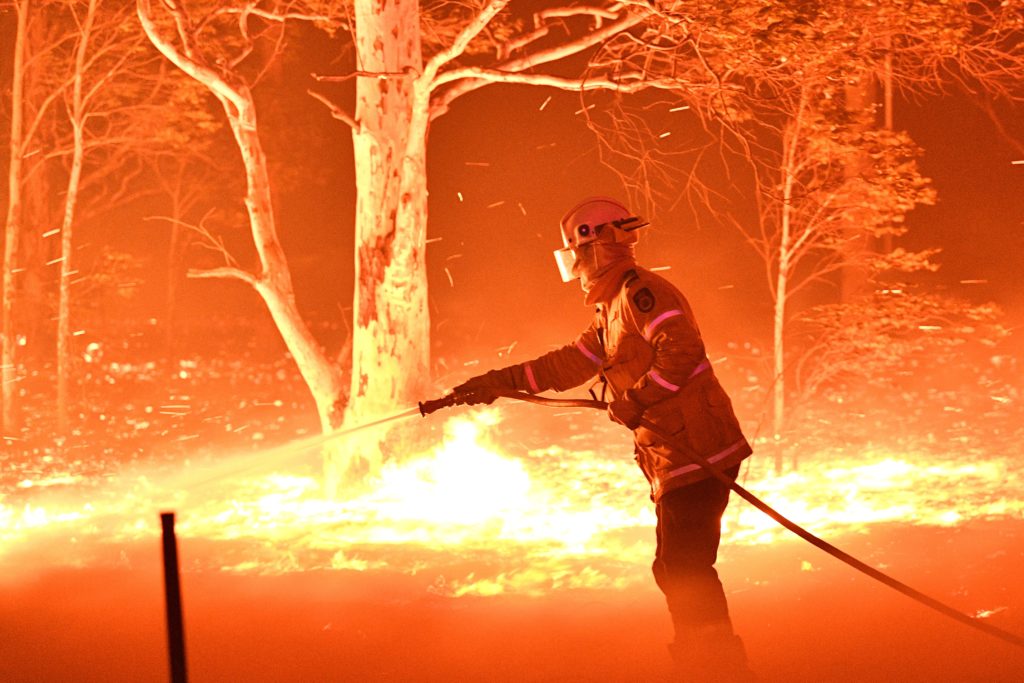 Australia has been ravaged by bushfires since September

The cause of the crash has not yet been identified, but Commissioner of the NSW Rural Fire Service Shane Fitzimmons said: "The field reports are that the plane came down, it's crashed and there was a large fireball associated with that crash".

Those killed were actively fighting fires in an area near the country's capital of Canberra when the crash occured.

Prime Minister of Australia, Scott Morrison, has said he is "deeply saddened" to hear of the tragedy.

"My deepest condolences to the loved ones, friends and colleagues of those who have lost their lives," he said.

"Such a terrible tragedy."

People from all over the world have joined Australians in fighting the fires which have ravaged the country for months and which show no sign of slowing down.

At the beginning of January, a 21-year-old Irishman flew to the other side of the world to fight the wildfires.