THE SIXTEEN-YEAR-OLD girl who was killed in a single vehicle collision in County Cork on Wednesday night has been named as schoolgirl Kimberly O'Connor.

Kimberly was a passenger of a car which collided with a wall in the Knocknaheeny area of Cork at approximately 11.45pm on Wednesday, 19 February.

The driver and second passenger, both males in their teens, were taken to hospital to be treated for their injuries, but Kimberly was pronounced dead at the scene.

The male passenger is said to be in a critical condition in Cork University Hospital.

Friends and the local community have today paid tribute to the "bright, bubbly" girl, who was a transition year student in Terence McSwiney Community College in Hollyhill. 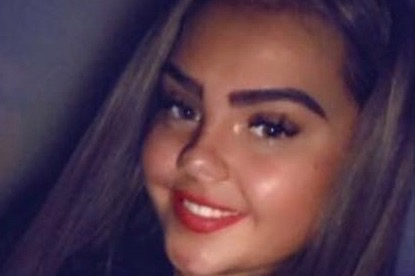 The school principal, Phil O'Flynn, spoke to local radio station Red FM and said Kimberly was "a leading light of our school".

Lamenting the loss of her "bright bubbly personality" Mr O'Flynn said "she was just infectious, a very special human being who will be so sorely missed by her classmates, by the rest of our school and the teachers".

He went on, "I think if there was one word to sum her up is she was such a fun person."

The local community have rallied around Kimberly's family, and a GoFundMe page has been set up "to help her amazing family in this tragic time".

You can visit the fundraiser or make a donation by visiting the page here.