DONALD TRUMP has issued his final decree from the Oval Office, pardoning 73 people, including his former advisor Steve Bannon and rapper Lil Wayne.

The outgoing president has in the past drawn criticism for his use of pardons to benefit himself and his those around him, and even caused some speculation as to whether he would try to pardon himself.

A statement released by the White House press secretary on Tuesday confirms that while a self-pardon is not on the cards, the president has awarded clemency to a variety of people, including some of his associates.

Steve Bannon is one of the most eye catching and perhaps surprising additions to the list, as he has been on shaky terms with the president since being dismissed from his advisory role in 2017.

The statement included remarkably little praise of his one-time ally, but nonetheless described Bannon, who stands accused of defrauding Trump supporters over donations to the presidents Mexico border wall, as an “important leader in the conservative movement”.

Trump also pardoned the rapper Lil Wayne, who was found with an illegal firearm on board a private plane in Miami. If convicted, the popular artist could have been jailed for over 10 years.

The 23-year-old rapper Kodack Black – who was serving a three-year sentence for providing false information when purchasing a firearm – was also pardoned. Bradford Cohen, a Lawyer representing both Lil Wayne and Kodack Black, told Rolling Stone magazine: "President Trump and his administration have been tireless advocates on behalf of the African-American community.

"These pardons are a perfect example of this administration following up on its reforms and commitments."

Presidential pardons were also given to politicians, such as Kwame Kilpatrick, the former Detroit Mayor convicted of two dozen charges including racketeering, bribery, and extortion. Prosecutors said that his exploits exacerbated the city’s financial crisis in 2008.

Mr Kilpatrick, once seen as a promising young talent within the democratic party, was given one of the harshest sentences ever received by a serving US politician – 28 years in federal prison.

The list of pardons is also notable for those it has left out.

Conspicuously absent from the list was the president’s former lawyer and one of his loudest cheerleaders, ex-New York Mayor Rudy Giuliani. 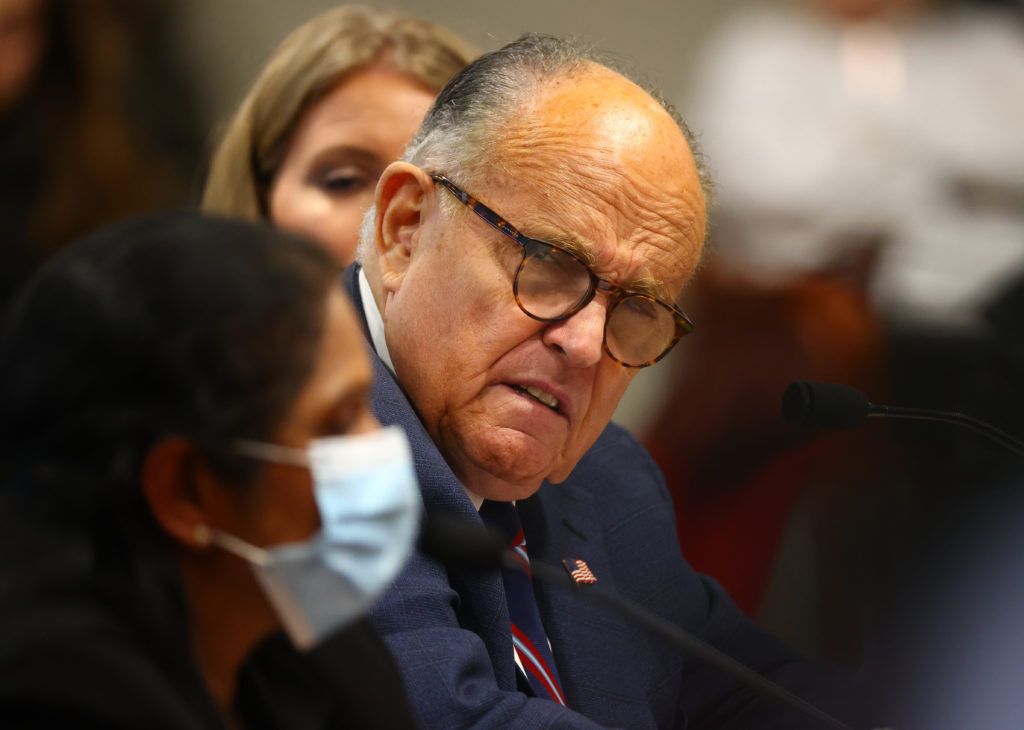 Mr Giuliani is reportedly under investigation for a scandal involving the Ukraine, and his alleged role in facilitating covert foreign influence on the government.

Joe Exotic, the star of the Netflix documentary Tiger King, was also not on the list, despite being so confident that he reportedly arranged for a limo to collect him from prison.

He is currently serving a 22 years sentence for his role in a murder-for-hire plot and animal abuse.

Mary Roberts and Jodie Lynn Richter, for example, were both imprisoned for over a decade for drug related crimes but were granted a presidential pardon due to their positive engagement with prison initiatives.

Ironically, while those Trump has pardoned will be immune from future prosecution, the president is himself due to stand trial in the US Senate for "incitement to insurrection", although no date has yet been established. A full list of those pardoned can be found here.