UNIONIST councillors in the North of Ireland look set to reject the SDLP’s proposal to stage a joint reception in Belfast to celebrate both Northern Ireland and Republic of Ireland qualifying for the European Championships.

The DUP’s Brian Kingston deemed the suggestion “inappropriate” while the UUP’s Jim Rodgers said he would prefer “a reception for the British Isles teams which would include England and Wales.”

Rodgers added: "If this is the road we are going down, then we must invite the English and Welsh teams as well. Sadly, we can't include Scotland as they didn't qualify. But it should be celebrating the success of the British Isles teams."

Kingston said: “I welcome the success of four teams from the British Isles qualifying but it would be inappropriate to hold a joint reception for the Northern Ireland squad and a team from another country.” 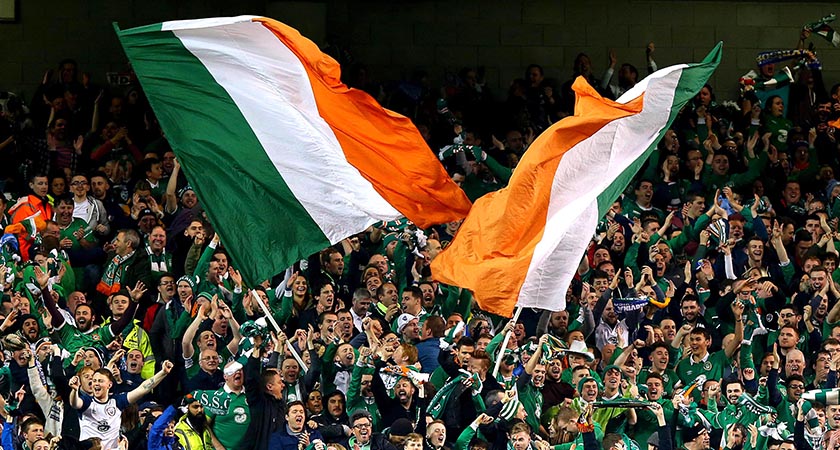 Many nationalists from the North of Ireland support the Republic [©INPHO/Donall Farmer]
Both teams have qualified for the same major tournament for the first time and the SDLP’s Declan Boyle said the motion was “a genuine and long-overdue attempt at inclusiveness and reconciliation.”

He added: “The reality is that the vast majority of people in Northern Ireland support one of the two teams. You just don't see local people going to the pub in England or Wales jerseys. Michael O'Neill and Martin O'Neill were born within a few dozen miles of each other in Northern Ireland.

“The Republic has Northern Ireland players in its ranks. We should be celebrating all this. Everybody talks about shared space, well having a joint reception for both teams would show that Belfast City Hall is open to everybody. It would be a great advertisement to the world.”

The tournament takes place in France next summer, with the draw to determine their opponents to take place on December 12.