A COLLECTION of newly published photographs of Queen Elizabeth II on her first state visit to Northern Ireland, have recently been made publicly available.

The pictures, which have been discovered by the British City of Culture’s BT Portrait of a City project, show the newly crowned monarch just after her Coronation in 1953.

Following the Coronation at Westminster Abbey on June 2, the Queen made a three-day trip to Northern Ireland in July accompanied by her husband Prince Philip. 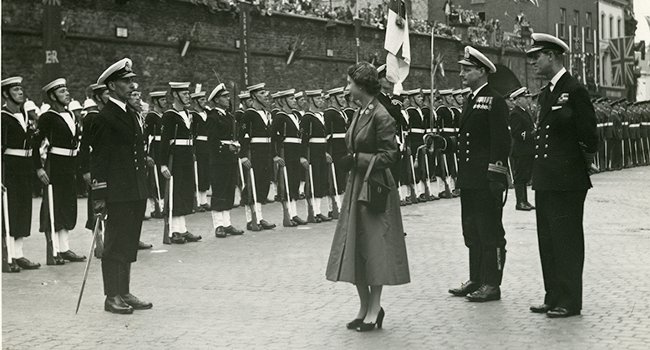 The visit took her to Belfast, Lisburn and Ballymena before finally touring the north coast by rail.

In the last stretch of that journey she visited the port of Lisahally where she boarded the HMS Rocket for a 30-minute trip up the River Foyle into the centre of the city.

These images were captured by Royal Naval photographer Raymond White on the Queen’s arrival at Lisahally Docks as part of her visit to the city of Derry.

He recalls the moment when the pictures were taken. 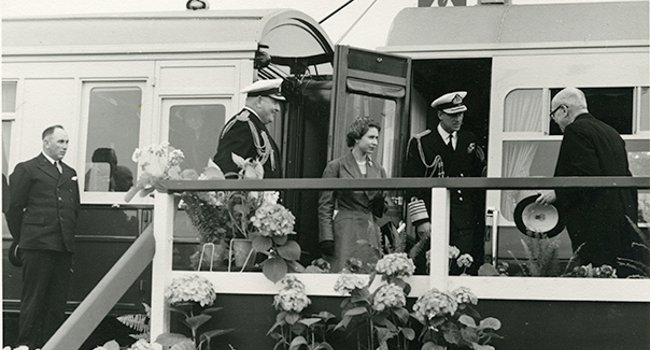 “I still remember that day at Lisahally really clearly it was frightening, let’s put it that way. In Lisahally we have the photographs where she gets on the specially made platform where she got off the train.

“She walked towards HMS Rocket and boarded it. Then the last one she was looking down from the Rocket and it’s me and I am the only one in front of her.”

White had been stationed at Eglinton just outside Derry from July 1951 to December 1953. 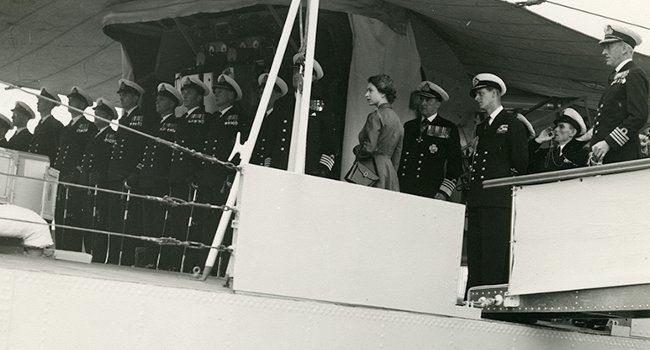 His photographs of the Queen had not been seen by the public until he offered them to the BT Portrait of a City project. They had remained in his private collection for 60 years.

White reflects on the occasion, ““When I took the photo of the Queen standing right in front of me I remember thinking, ‘I wonder what I’ve got’. You don’t know. You take the picture and until it is developed you can’t say.

“The pictures were never published and never seen by the public. I kept them all in an album at home. What Derry has with these pictures now is something that will remain in history.

“The Mirror offered me £400 for the pictures I got that day for one picture. But it was Crown copyright reserved and I couldn’t have given them the pictures even if I had wanted to.” 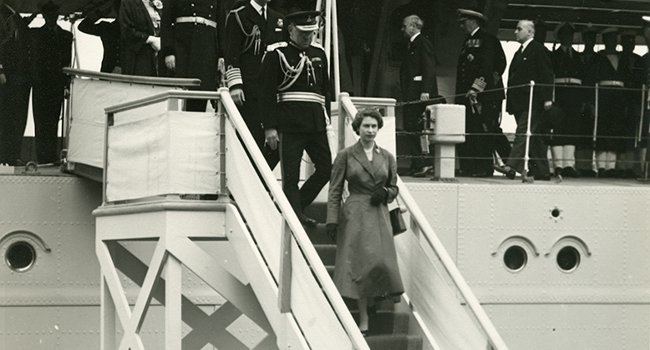 The images have now been digitised and feature in the BT Portrait of a City project, run by the Culture Company 2013, which aims to create the largest digital community archive ever assembled from one city.

Culture Company Chairman Martin Bradley highlighted the importance of the BT Portrait of a City programme after the discovery of these photographs on the 60th anniversary of the Queen’s visit.

“It is remarkable that these pictures of the Queen in our city have existed for so many years and no-one here has ever had the chance to see them before. Now that they have been added to the archive, they are freely available for everyone.

“These wonderful images are a treasure trove for lovers of history and paint a picture of a bygone era in our city.” 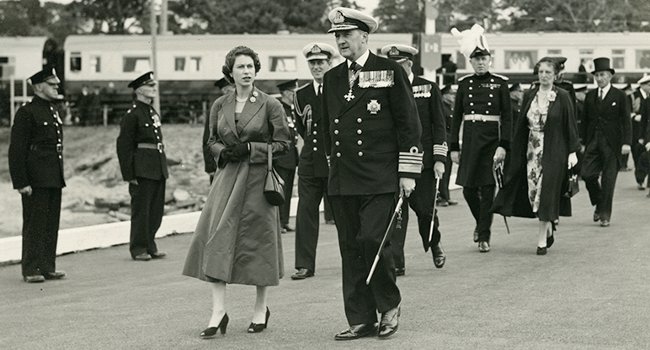 These photographs are a welcome discovery for the city of Derry which became the winner of the first UK City of Culture title in 2013. The other shortlisted cities were Birmingham, Norwich and Sheffield.

Funded by institutions from both Northern Ireland and Britain, Derry promises a year-long cultural feast of music, dance, theatre, art and much more on the banks of the River Foyle.