AN American comedian has posted of photo of herself with her nipple on show to Twitter after claiming people have attempted to extort money from her.

Whitney Cummings had accidentally posted the image on Instagram, but quickly deleted it once she realised her mistake. Although, some of her followers were sharp enough to take a screenshot of the post before it was wiped.

They then attempted to blackmail her, warning that they'd post the photo online unless she payed them off. 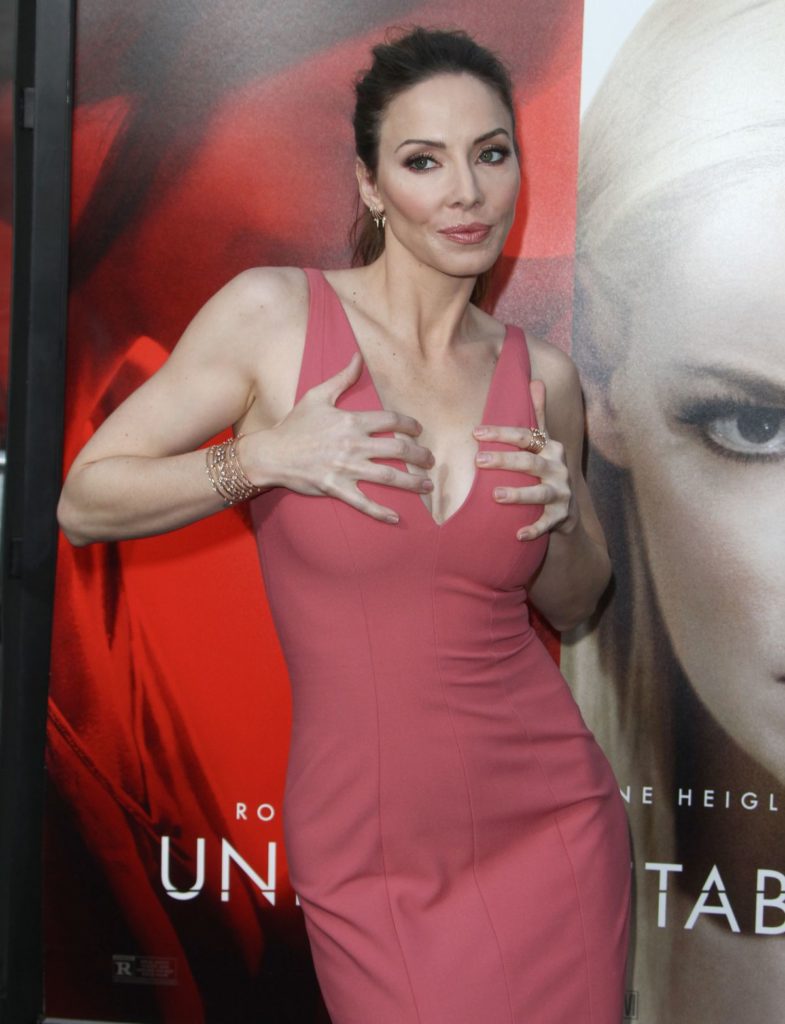 Blackmailed: Whitney Cummings did not want to give in to the demands of her blackmailers.

Someone had sent the screenshot to Cummings, with the message: "How much would it cost not to send this photo?"

The 36-year-old decided instead to disarm her blackmailers by posting the photo to Twitter herself.

Cummings wrote: "If anyone is gonna make money or likes off my nipple, it's gonna be me. So here it all is, you foolish dorks."

The American honourably decided not to name-and-shame her blackmailers, fearing that they "might be dumb kids".

I'm not posting the names of the people trying to extort me because some of them might be dumb kids. I wouldn't want the stupid ideas I had when I was a teenager to follow me around forever or else every time someone Googled me, they'd see me shoplifting a NO FEAR t-shirt. .

Explaining the situation, she wrote: "In April I accidentally posted an insta story that showed nipple. Once I realised, I deleted. The people who took screen grabs are trying to get money from me, some said they have offers to sell them, some are asking for money to not post the photo.

"When a woman in the public eye is extorted, we have to spend time, money and energy dealing with it, hiring lawyers and security experts, and living with a pit in our stomach about when and how we will be humiliated,"

She added. "Y'all can have my nipple, but not my time or money anymore."

A few hours later she tweeted that she was receiving threats from people claiming to have access to photos of her stored on her iCloud.

"I'll be honest, I stand by most of my nudes," she wrote. "Frankly I'm way more embarrassed by all the inspirational quotes I've screen grabbed."

Following her admission, many people had showed solidarity with Cummings but publicly posting their own embarrassing photos with the hashtag #IStandWithWhitney - including comedian Burt Kreischer, who tweeted a picture of his injured testicles.