US VICE PRESIDENT MIKE PENCE says he believes that Donald Trump’s decision to prevent pride flags from being flown in American embassies was the right one.

Pride month is currently taking place in the States and many activists have been calling for politicians to make gestures of support for the LGBT community.

However last week Trump banned US embassies across the world from flying the rainbow flag after various requests to do so from embassies in the likes of Brazil, Israel and Germany had been made.

In an interview with NBC, Pence said: “We’re proud to be able to serve every American.” 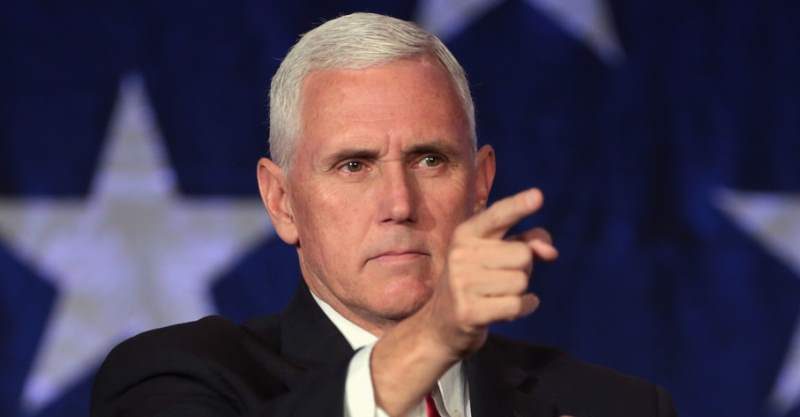 Despite the reports, Pence, who has previously been criticised for warning there would be “societal collapse” if gay people were allowed to marry, said the Trump administration had placed no restrictions on US embassies placing pride flags or other flags elsewhere on their properties.

President Trump tweeted his support for pride month on May 31, praising the “outstanding contributions LGBT people have made to our great Nation.”

Pence has in the past received criticism for passing, what some view as, legislation which allowed anti-gay discrimination, while he was governor of Indiana.

Indiana politician Pete Buttigieg, who is openly gay, ciriticised Pence for his opposition to gay marriage and gay rights, citing his Christian faith as a reason.

“I don't have a problem with religion, I’m religious too,” said Buttigieg.

“I have a problem with religion being used as a justification to harm people.”