JUST WHEN you thought things couldn’t get any more stressful in Ireland, it’s now emerged that certain parts of the country are under siege from venomous spiders.

According to Dublin Live, the dangerous arachnid is “rampant” in the popular tourist destination of Dalkey in Co. Dublin.

Originally from the Canary Islands, False Widow spiders have been commonplace in Ireland since the 1990s, having first arrived in Bray.

One of the only venomous arachnids found on the island of Ireland, the False Black Widow tend not carry the lethal bite of its more famous cousin.

However, a nip from one can still prove extremely painful and can result in serious blood infections and significant swelling around the affected area.

False black widow bites have led to several hospitalisations in the past, with this latest sighting a reminder that the wider public needs to stay vigilant.

Though traditionally viewed as non-deadly, research from NUI Galway and the University if Liege found the Irish spider is actually capable of producing many of the same deadly toxins found in real Black widow venom.

According to the study published in the Journal Toxins., 111 out of a total 140 toxins recovered were found in both species – including, most terrifyingly of all, compounds that attack the central nervous system. 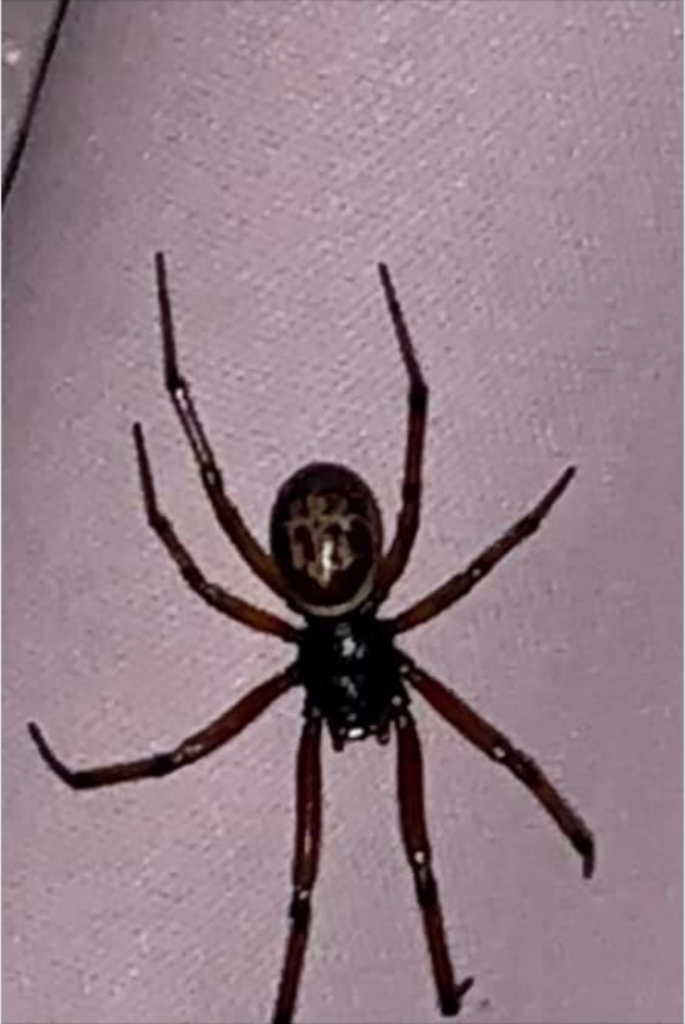 The alarm was first raised on a Dalkey Facebook group, where a local resident shared a picture of the dangerous arachnid.

She wrote: "This is my best photo of a False Widow, taken yesterday in my front garden, the only venomous spider in Ireland. From what I can see they’re rampant in Dalkey and surrounding areas and are taking over from our lovely harmless native spiders.

"Anyone else had any experiences with the False Widow spider in Dalkey?

"They’re not camera shy, they can be quite vain so don’t be afraid to go up close for a good shot. Oh and they normally hide during the day and only come out at dusk."

False widow spiders are brownish in colour with pale markings and a round bulbous body.

Females tend to larger than males, measuring anywhere up to 15 millimetres compared with males, which measure up to 10 millimetres.