THE IRISH public are being warned to stay extra vigilant after a woman was bitten by a False Black Widow Spider and had to be hospitalised for six days.

Most commonly found in built-up urban areas, there’s been a boom in False Black Widow Spider sightings across Ireland over the past few months following a relatively mild winter, which has allowed the arachnid species to further thrive and survive on the Emerald Isle.

Though less venomous than Black Widow spiders and, most crucially not lethal, a bite from a False Black Widow can still prove extremely painful and can result in serious blood infections and serious swelling around the affected area.

This week Maria Condon, a woman from Waterford was hospitalised with a False Black Widow bite.

Speaking to WLRFM, the mother-of-three revealed how she ended up being bitten while attempting to chase a False Black Widow out of her house.

In a turn of events that sounds the stuff of nightmares, the spider instead ran towards her, eventually crawling up the leg of her jeans and biting her. 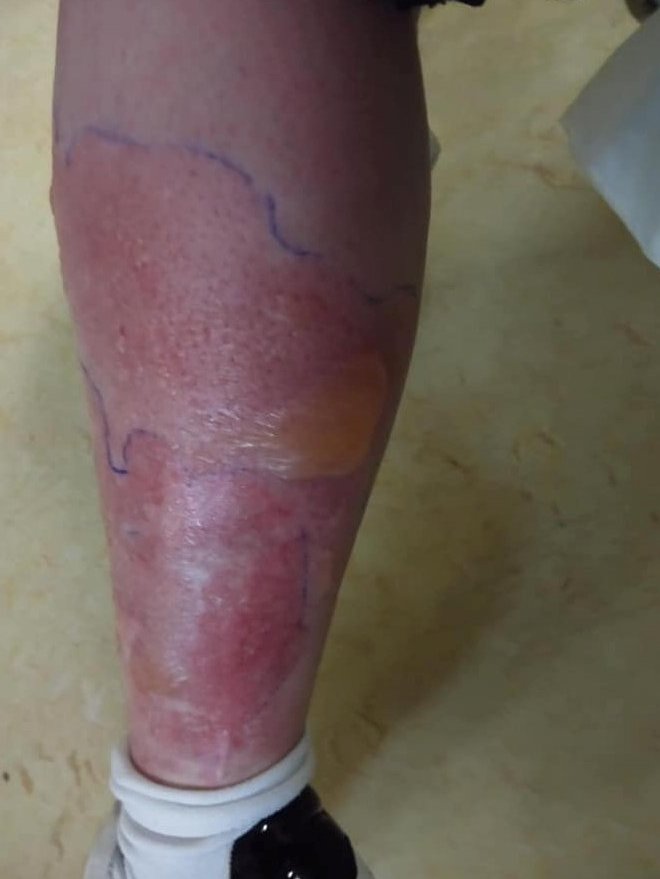 “Staff said it was the worst such bite they’d ever come across from a False Black Widow,” Condon told WLRFM

“I wasn’t aware at the time of how serious the infection could turn out but I ended up in hospital for six days after what seemed to be three bites in total.”

Often found lurking in cupboards and dark corners, there have been a spate of sightings across Waterford and the South Kilkenny region.

Speaking to the Irish Independent, Dr. Michael Dungon, a researcher from Venom Systems Lab at NUI Galway said while not a "particularly aggressive" species, False Black Widows "usually bite only when they are squeezed between the skin and clothes or a bedsheet” and urged the public to take care.