The Limerick mum of two, who has been waging an uphill battle against cervical cancer for over six years, travelled to Maryland earlier this year to take part in medical trials and has been "blown away" by the support she’s received from the Irish abroad.

She said that while leaving her children was the “hardest day”, she has since had a deluge of warm wishes from Maryland locals on social media. Well-wishers have accompanied her for walks, sent her packages of Irish food and comforted her after treatment sessions.

Vicky said: "I thought I'd be more on my own than I actually am, I've met so many amazing Irish people since I got here, it's fantastic.

"My family are saying 'she's not there five minutes and she has people running around after her'".

Vicky recently shared the worrying developments that a new tumour has been found and that her cancer is once again growing.

The clinical trials involve a drug called Pembro, which is meant to prevent the spread of cancerous cells, and which Vicky has been using for a number of years, but which appears to have stopped working.

Some of the other drugs being trialled can have extremely adverse side effects, such as skin cancer and severe flu-like symptoms.

Appearing on Dermot & Dave on TodayFM, Vicky said: "There is no cure for cervical cancer, that's the reality and I'm very realistic about all of these things.

"What I've been trying to do for the last three years is to keep finding something to keep me alive for long enough for the next thing to come along.

"I'm hoping that I will get another two or three years like I've gotten with Pembro and I'd be happy with that to be honest." 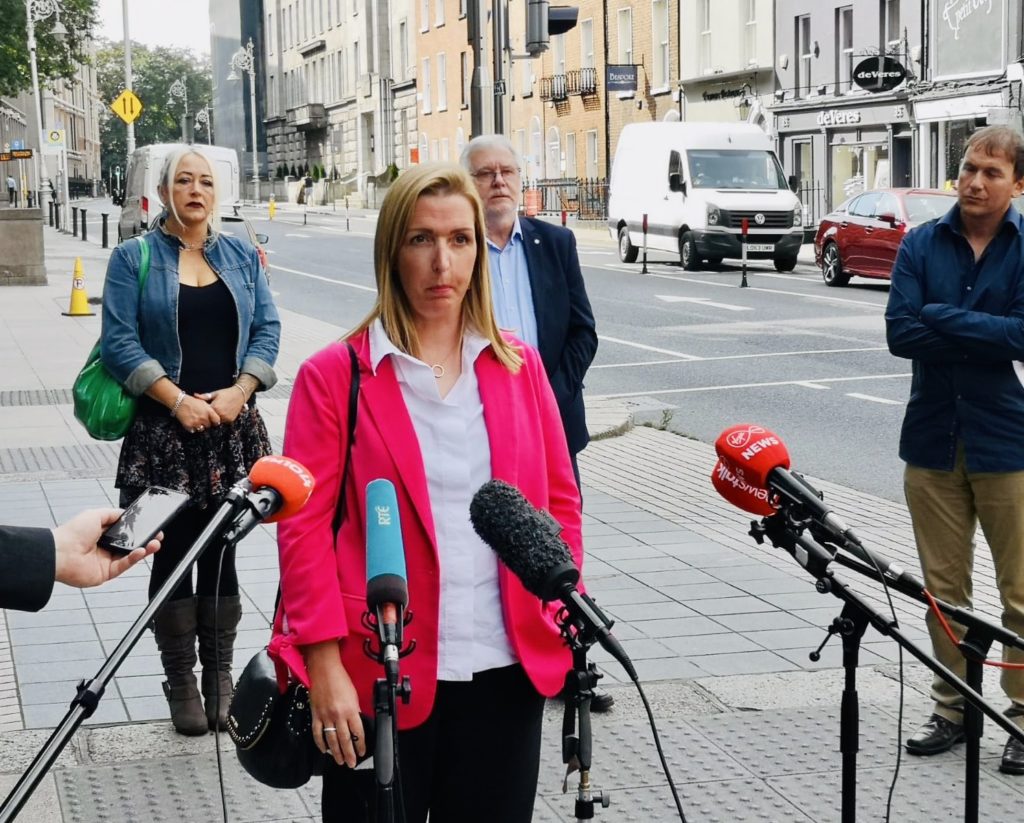 After divulging her love for the new Netflix show Bridgerton on the show, Vicky revealed that Nicola Coughlan, one of its stars, reached out to her to offer some support.

She said: "I can't wait for season two and actually Nicola Coughlan messaged me on Instagram because I put up a tweet obviously gushing about Bridgerton."

The actress, who also stars as Clare in Derry Girls, "sent me a private message which was lovely, and my daughter thought this was just amazing-- that that this famous actress was contacting me-- so now I'm cool according to my daughter."

While leaving her family was an extremely tough decision, Vicky said that it would be "worth the gamble" if it could lengthen the time she could spend with her kids.

She said: "That was the worst part of it. That sick feeling you get at the pit of your stomach if there's something you really don't want to do and I had that feeling in my stomach for the whole week before I left.

"I knew leaving the kids was going to kill me but I'm very logical and rational and I said to myself 'Sunday is going to be completely awful but I'm just going to have to give into it and cry and hopefully Monday will be better'.

"Once I got here and I got settled and I was able to see the lads on FaceTime and video calls-- we call each other three times a day-- it's been easier, but I'm not going to lie it's the most difficult thing I've had to do with my treatment."

Vicky said that she will know more about the effectiveness of the treatment in the months to come.