World's worst comb over? Man attempts to smuggle €30k of cocaine into Spain under his wig

A WOULD-BE drug smuggler has been left tearing his hair out after police rumbled his attempts at smuggling half a kilo of cocaine through customs under a comically oversized toupee.

According to Spanish police, a man disembarking a flight from Bogota in Colombia back in June was detained at El Prat airport in Barcelona after officers noticed his disproportionately large hairpiece and hat.

The criminal did little to hide his efforts either, cutting a noticeably nervous figure as he got off the flight.

Upon closer inspection they discovered a mysterious package, stuck to his head, which was later confirmed to contain cocaine with a street value of 30,000 euros or £27,000.

A photo of the middle-aged man sporting his distinctive toupee, has since been shared online with law enforcement officials eager to poke fun at his ludicrous attempts at subterfuge.

A police statement said: "There is no limit to the inventiveness of drug traffickers trying to mock controls.” 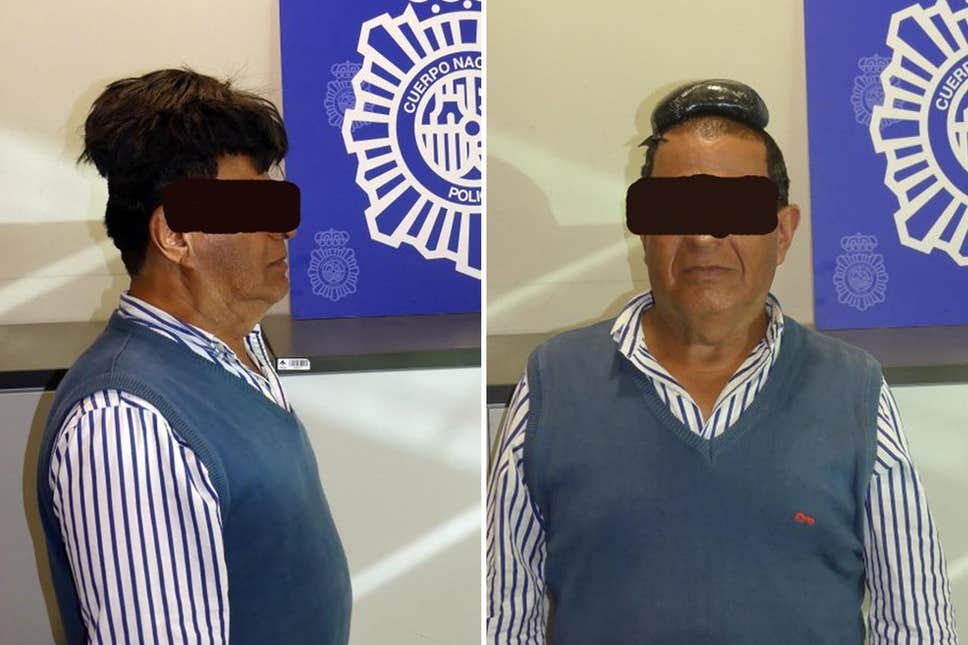 Unfortunately, this sorry scenario is no laughing matter for the misguided man at the heart of this hapless crime with a length prison sentence now awaiting him.

Spain is a notorious gateway for drug smugglers eager to sell narcotics across continental Europe.

It’s not the first time criminals have gone to extreme and often misguided lengths to try and smuggle drugs past customs either.

By: James Conor Patterson  -  13 minutes ago