TWO YOUNG MUSLIM WOMEN were assaulted by a number of teenagers in Dundrum, south Dublin on Sunday afternoon.

A video has emerged online which appears to show two girls being thrown to the ground and pelted with eggs and physically assaulted by a large group. 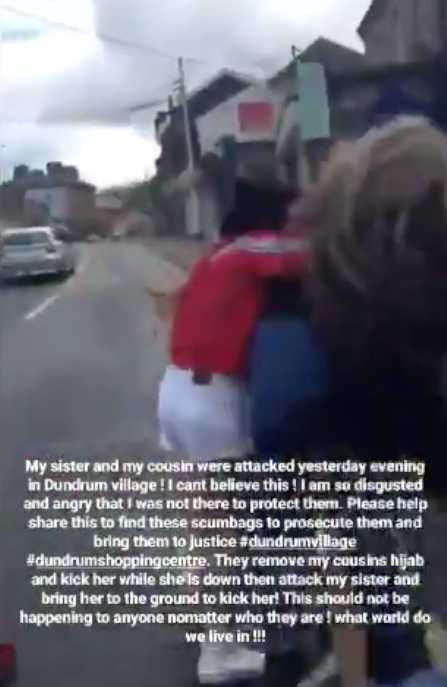 The incident happened in Dundrum Village near the local shopping centre.

The individual who shared the video online claims to be the sister of one of the victims, and insisted that the attack was unprovoked and that the girls’ hijabs were removed during the attack.

Text attached to the video reads: “My sister and my cousin were attacked yesterday evening in Dundrum village. I can’t believe this! I am so disgusted and angry that I was not there to protect them. Please help share this to find these sc*mbags to prosecute them and bring them to justice.

“They remove [sic] my cousins hijab and kick her while she is down then attack my sister and bring her to the ground to kick her! This should not be happening to anyone nomatter [sic] who they are! What world do we live in!!!”

In the footage, someone can be heard shouting “get off her” and “she’s only a child”.

Gardai have been made aware of the video and have launched an investigation into the incident as many online call for swift and decisive action against the culprits. 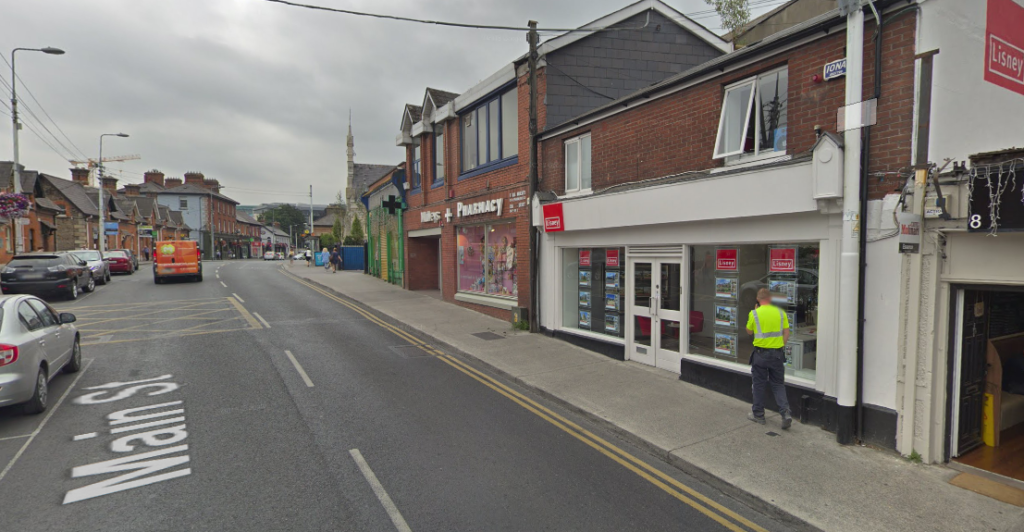 A spokeswoman said: “Gardai are investigating an alleged minor assault of a female in her teens, which occurred on Sunday 18th August 2019 at approximately 15:30 on Main Street, Dundrum. No arrests have been made and an investigation is ongoing.”

Josepha Madigan, Fine Gael Minister and local TD for the area said that she hopes the attackers are identified and get what’s coming to them.

“I condemn in the strongest possible terms the assault on a Muslim girl who had her hijab taken fro her in Dundrum village yesterday. I hope the perpetrators are brought to justice quickly,” she said.

A Muslim girl and her cousin were assaulted in Dundrum today. They ripped off her hijab and pelted them with eggs. These scumbag attackers need to be brought into the public eye. pic.twitter.com/aElFvlrN7Q