AN IRISH wildlife hospital has pleaded with people to properly dispose of their PPE after a young swan was found tangled in a facemask in Bray Harbour.

Wildlife Rehabilitation Ireland shared the distressing images after their hospital received a call from passerby Marie Purdy, who noticed the cygnet struggling with the mask in the harbour.

Local WRI volunteer Marcia was straight on the scene, and used her skills and experience to coax the cygnet towards her.

Marcia was able to remove the mask, and after giving it a quick check, allow the cygnet to return to the wild immediately.

This particular story had a happy ending, thanks to the WRI and the quick-thinking of Marie Purdy, who knew to call the helpline, but if the mask had gone unnoticed or untreated for much longer it could easily have caused serious damage or even death to the swan. 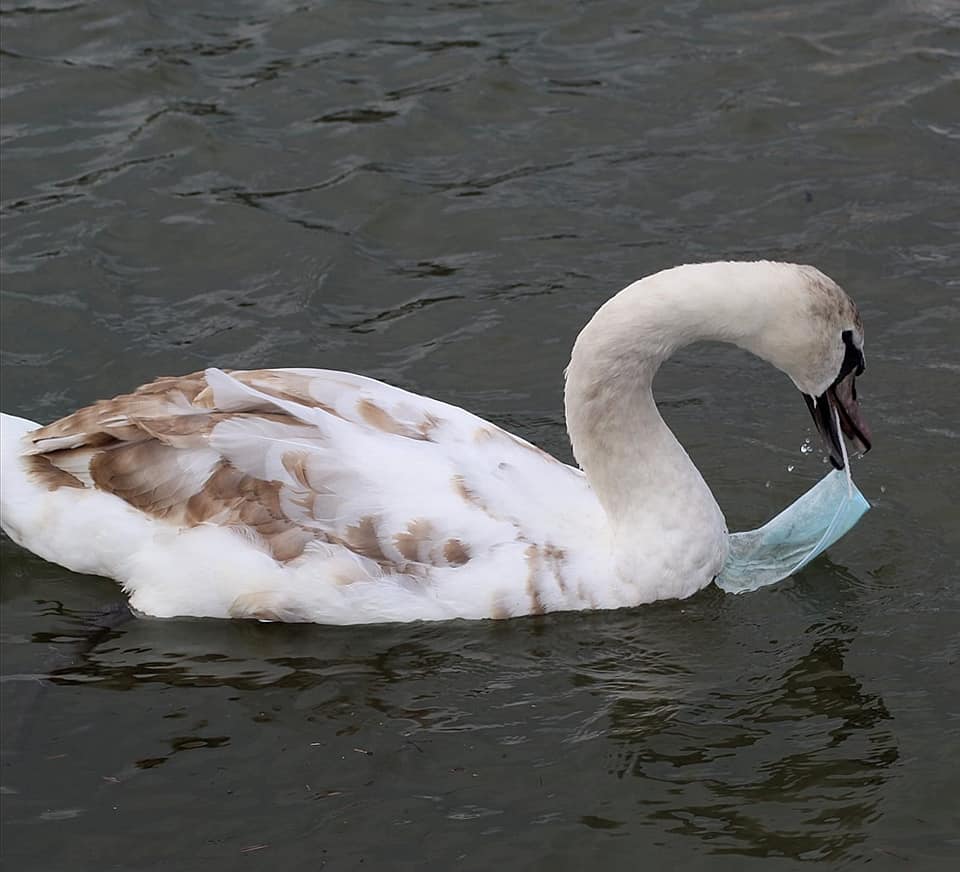 The swan in Bray Harbour was rescued thanks to concerned passerby Marie Purdy and WRI volunteer Marcia, who was able to remove the mask. (Images: Marie Purdy / WRI Wildlife Hospital)

Wildlife Rehabilitation Ireland's Education Officer, Aoife McPartlin, spoke to The Irish Post where she said ongoing littering issues combined with the huge rise in disposable PPE means there is likely to be many more stories like this in the future.

It is vital that people dispose of their PPE properly, Aoife says, particularly single-use facemasks, by cutting the ear strings or easily pulling the strings out of the mask before binning it.

"The ear-string loops can constrict the airways, especially if they wrap around the animal a few times," Aoife tells The Irish Post. "They can cut off blood supply and cause dead tissue and become very serious.

"That swan was very lucky. It was trying to pick off the mask, and it would have done a lot of damage had it remained in its beak area, because it would have blocked it from being able to swallow, or it would have wrapped its way around the beak in such a way it wouldn't have been able to eat at all.

The swan "would have starved to death" had it not been for local volunteer Marcia and the concerned passerby, Aoife says.

"We're going to see more" of these types of incidents, Aoife worries, revealing that a WRI volunteer "walked just one kilometre yesterday, and within that kilometre she picked up 38 masks off the ground".

"People are just throwing them away, and County Councils aren't stepping up either and doing their bit by cleaning up the towns," she says, admitting "it's a big problem".

But it's not just PPE wreaking havoc and putting nature at risk, Aoife says, citing two incidents just this week where a hedgehog had become stuck in a drink container and another swan had to be rescued from drowning.

"He was being pulled down into the water from a fishing line-- just a small kid's fishing rod that had wound its way around the swan's leg, and he was drowning," she said, adding that the photographs were "too graphic" to post online. 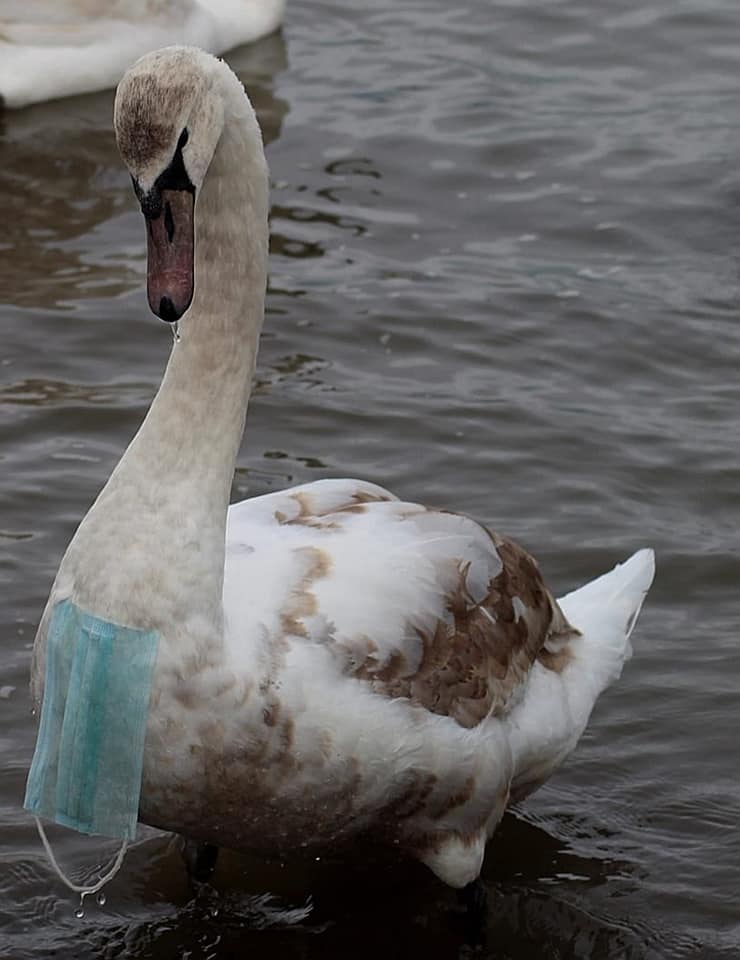 The Bray Harbour cygnet was "very lucky" and could easily have starved to death had it not been for the WRI. (Images: Marie Purdy / WRI Wildlife Hospital)

Call-outs for the WRI to attend to wildlife who are in danger because of litter is "extremely common", particularly with seabirds who live in Ireland's "unbelievably polluted" bodies of water.

Ireland's beaches, lakes and rivers are filled with "fishing lines, fishing nets, balloon strings, cans, bottles, plastic bags-- it's horrendous," Aoife says. "All of these things can end up wrapped around an animal."

The Wildlife Rehabilitation Ireland hospital operates across the Republic of Ireland and Northern Ireland and is available 24/7.

Their emergency helpline can be reached between 8am to midnight seven days a week, and after these times a special out-of-hour office number can be found on the helpline's voicemail message.

"If people are at all concerned about wildlife it's never a problem to ring," Aoife says. "Even if it turns out to be nothing, just give us a call, we'll check it out.

"It's always worth ringing."

WATCH: Woman caught kicking swans was 'trying to stop them fighting', according to witness