Andy Farrell says Johnny Sexton will be fit for the Italy game, but doesn't confirm if he will start

ANDY FARRELL has said today that his Ireland captain Johnny Sexton will be fit and ready for the Italy game on the 26th of February when the Six Nations returns.

However Farrell has not disclosed who will start at 10 after Carbery produced a positive display at the Stade de France last week.

Carbery kicked 9 points for the Irish, but Ireland lost 30-24, which ended their Grand Slam hopes.

Sexton missed the game due a hamstring injury in the week before the game, but now Farrell has said that the Leinster fly-half will return to action next week

The senior team took on the Ireland u20's this week in a two-day camp in Abbotstown.

Check out the best action shots from the session ⬇️#TeamOfUs | #GuinnessSixNations

When asked about his captain he said:

“Well, we'll see,"  "What would you expect me to say, who's going to start and who's not? We will leave that to see how things unfold, said Farrell.

"Today, trained against the 20s and he put a few of those bits that we talked about onto the field today. It stands him in good stead, doesn't it, to push on with his career.” 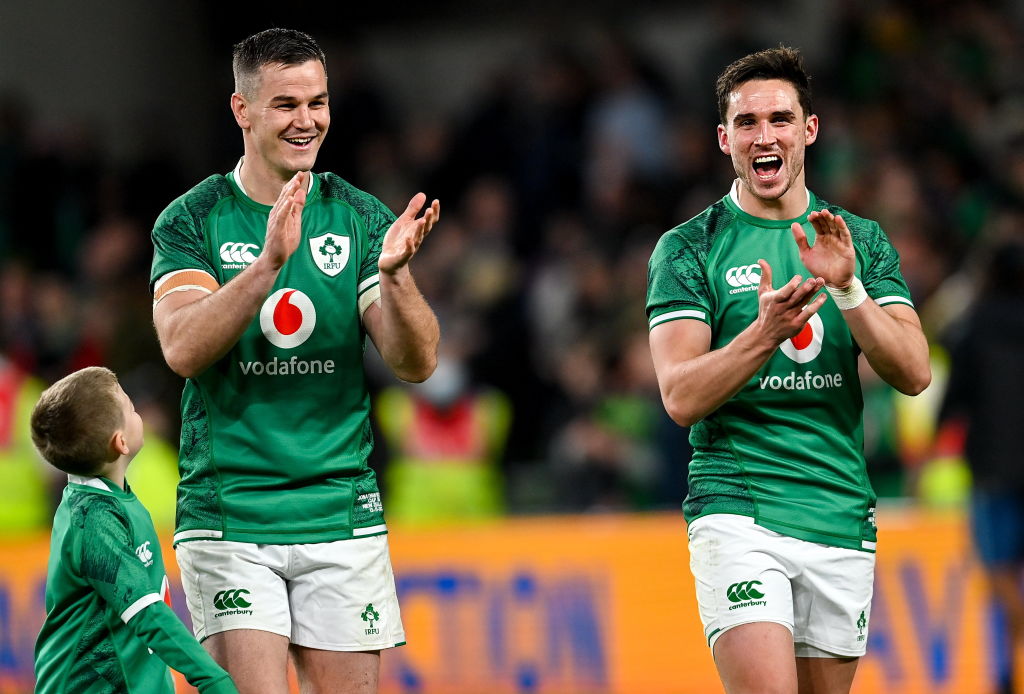 When asked what went wrong, Farrell said that players and staff have gone over the loss to the French last week in great detail.

He was asked if the World Cup in 18 months would be a big factor in the review and he said:

“It has to be, otherwise it stands for nothing.

"We've had a good hit out against the under-20s and some of those learnings have been put into practice.”

In other news Rónan Kelleher will miss the remainder of the Six Nations with a shoulder injury.

“It's disappointing for Rónan and for us. He has kicked off his international career with a bang.

"The more experience he keeps getting at this level, the better he's going to become.

“How Rónan deals with that injury as a young professional is going to help him down the track as well."

“Obviously him being out of the Six Nations will give other lads an opportunity to step forward.”

Unfortunately Rónan Kelleher has been ruled out of the remainder of our #GuinnessSixNations campaign with a shoulder injury sustained in Paris last weekend.