Bellator returns to Dublin in February

Dublin , Ireland - 5 November 2021; Patricky Pitbull, right, knocks out Peter Queally in their lightweight world title bout at Bellator 270 at the 3Arena in Dublin. (Photo By David Fitzgerald/Sportsfile via Getty Images)

DUBLIN WILL host Bellator on the 25th of February. Gegard Mousasi,  middleweight champion, is set to headline in a title defense against Austin Vanderford.

Another Irish fighter Peter Queally will be looking to beat Kane Mousah in his fight. It's Queally's first fight since his loss to Patricky 'Pitbull' Freire in their lightweight world title fight in November.

"I'm excited. Can't wait. I'm always ready to fight and after a loss you want to fight soon,"

The Pitbull stopped Queally in front of his home fans in Dublin last time and is looking to start the New year in a win.

He said: "You want to knock that taste of defeat out of your mouth. It's perfect."

Bantamweight Brian Moore is also on the card having lost to Nikita Mikhailov in Russia in October.

#BREAKING: Gegard Mousasi vs. Austin Vanderford for the Bellator middleweight title is good to go for early next year. 📅

Queally admitted he was left "devastated" A counter right hand ended his hopes of becoming his country's first Bellator champion.

Queally revealed he went through an intense "grieving period" in the weeks after the defeat as Pitbull left Ireland with the belt.

"I felt dead almost," he explained. "For a week after the fight it was like a bit of me was gone. It's so devastating. You put so much effort into this and it was six minutes. That's all it was. Six minutes. That's it? I don't get another chance?"

But Mousah, who is 13-4 in his career and fights out of Manchester could be a redemption story for Queally.

"I've never lost twice in a row and don't plan to," he said. "The losses are more important than the wins and it's cliched but they kind of are.

"I've never had a loss that hasn't been devastating for me but there's also never been a loss that I haven't looked back on as a critical learning moment either. This will be the same."

He added: "I've been here before. I've scaled the mountain before and slid back down at different points in my career in critical fights. 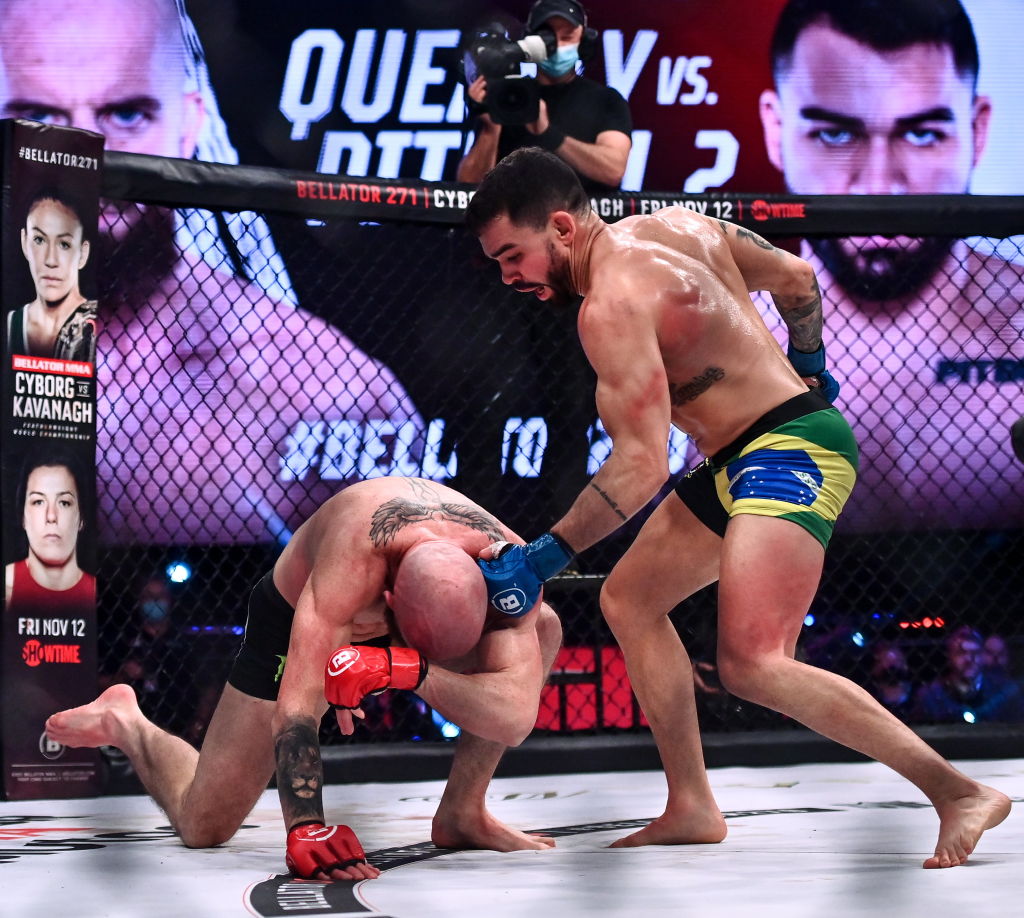 Bellator returns to Ireland on the 23rd of September, Peter Queally and Sinead Kavanagh to star