BILLY Walsh will head to the US this week to take up a new role with the country’s women’s team, after his resignation as Irish boxing head coach.

The move had been speculated for months after the job was first proposed to Walsh earlier this year.

But after contract negotiations with the Irish Amateur Boxing Association (IABA) broke down, the man who led Ireland to Olympic, World and European gold at amateur level, decided on Monday to step down from his position.

After 12 years at the helm of Irish boxing, and months of trying to secure his future as head coach with the IABA, Walsh will now train the US Women’s team.

"Regrettably the IABA have not made it possible for me to continue on in the role," said Walsh.

"A protracted process that went on for eight months included numerous high level meetings that resulted in various proposals.

"In August a fair proposal was developed under the auspices of the Irish Sports Council (ISC) that was acceptable and fair but then not subsequently ratified by IABA.

"I was hopeful in recent weeks that a final proposal arising out of an approach in late September by the IABA would lead to a successful conclusion but unfortunately it didn't." 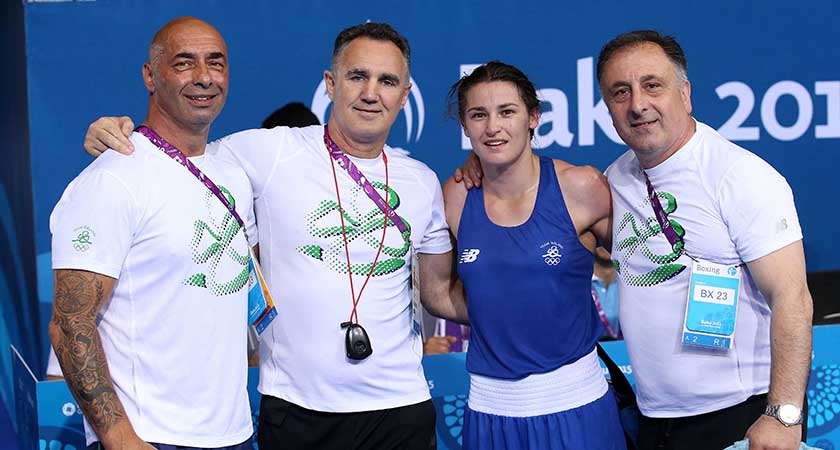 "I am greatly looking forward to the opportunities ahead in bringing my expertise and experience to the USA Women's Team as they prepare for success in Rio and beyond."

Walsh was an important figure in the early stages of Katie Taylor's career, but also guided numerous other boxers, including Belfast duo Paddy Barnes and Michael Conlan, in their boxing careers.

"I'm very saddened by the news," 2012 Olympic champion Taylor said. "I genuinely thought it would be resolved. He was so important to me early in my career."

In a statement, Sport Ireland said it was extremely disappointed to learn that Walsh had decided to step down, adding it had "made every effort within its authority to resolve this issue".

"Billy Walsh has overseen an unprecedented period of success in Irish Boxing including, most recently, at the World Senior Championships. Sport Ireland is deeply appreciative of his contribution and wishes him well in his future. The USA's gain is Ireland's loss," it said in a statement.

Fergal Carruth, Chief Executive of the IABA said: "The IABA has been in discussions with Billy following his approach to the organisation to seek improved terms and conditions after he stated that he had received an offer from USA Boxing.

"The IABA is deeply disappointed not to retain his valued services, and for the avoidance of any doubt, the IABA has done its utmost to retain Billy Walsh as Head Coach.

"However, Billy himself has made the decision to resign and take up a position with USA Boxing, and we wish him every success with this."