Brian Fenton on Covid training breach: We were completely wrong

Due to Covid protocols, teams weren't allowed to train due to the nature of the virus, Fenton was among a number of players who were photographed attending the practice when such gatherings were prohibited. 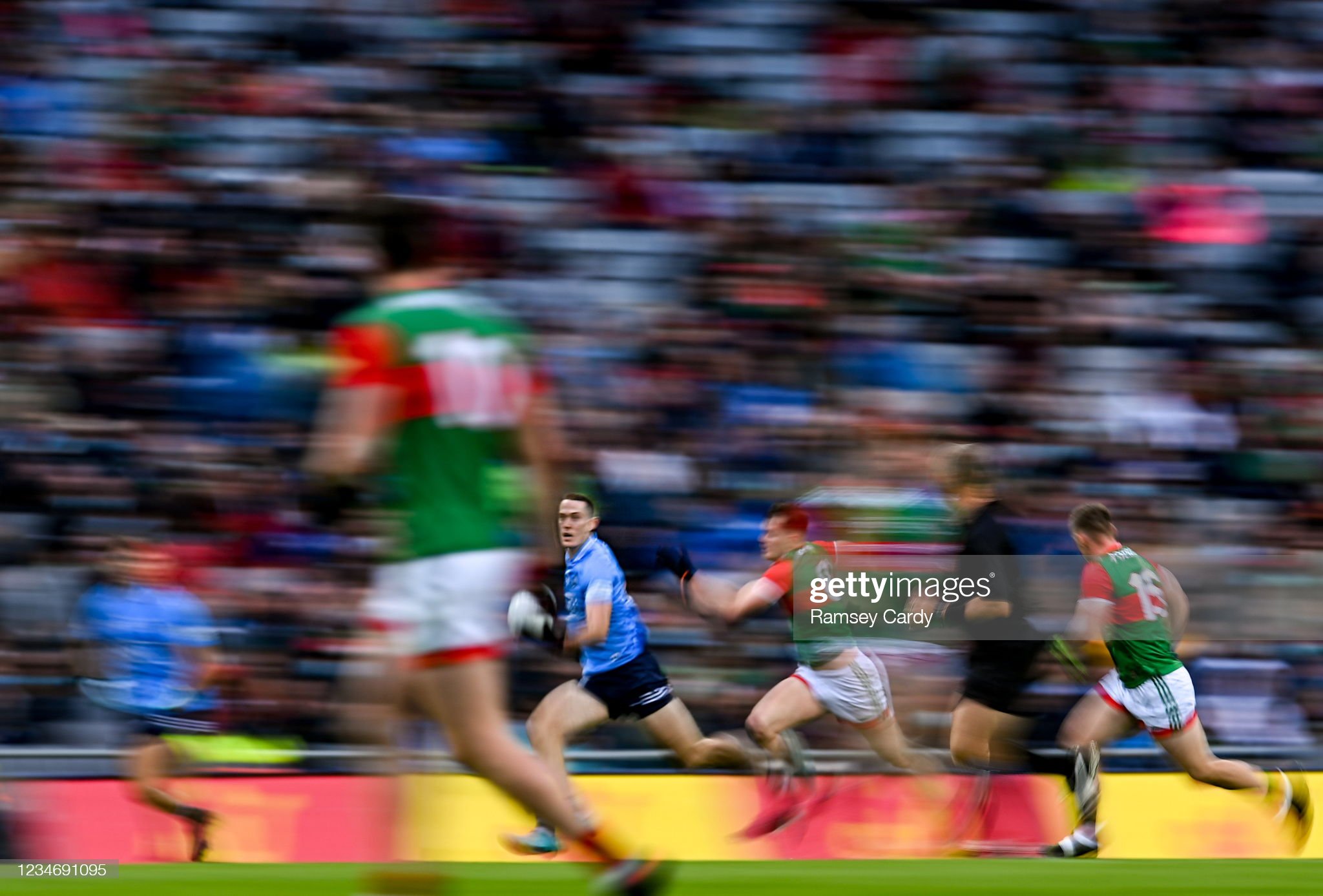 A 12-week suspension for manager Dessi Farrell came soon after the news broke. Gardaí spoke to Fenton and his teammates.

Fenton spoke at the launch of the new Avonmore Pro-Oats product and said he couldn't get over the reaction.

“It was amazing the hype around it. At the time I was like, ‘Jesus, this is completely blown out of proportion.’ That was my own inner narrative. In retrospect, we were completely wrong with the way the country was and the cases were at the time. It was certainly wrong of us. We felt the effects of that with Dessie’s suspension.

“When you’re in the league and championship bubble, it’s not really spoken about, ‘Well, we have to prove them wrong’ or whatever. Just at the time, I couldn’t believe the attention it got.

He added though that he now admits that the team were wrong and that Dublin should have set a better standard.

“I always give this example - I was training that morning in Innisfails and the whole idea of outdoors and the safety of that. Later that morning, I was at a funeral. We did a guard of honour outside our club for a member who had passed away.

I met more people on the road at the guard of honour than I had the morning of training. But, in retrospect, we were wrong. The role models we set ourselves and the example we like to set, I think we admitted that at the time, said Fenton.

“It was new to me in terms of the exposure – the tweets, the negativity it caused. And we’re very, very sorry for that. It was spoken about, dealt with, then you park it. It’s just - ‘when’s training, when are the meetings, who is our opposition?’ That’s the way the year went.”

Fenton who is a sales manager with Sisk Healthcare said the affair didn’t have a major impact on his work, but said it did have a bigger effect on other aspects

“You’re a GAA player and as much as you are an amateur you’re on this pedestal, expected to behave in the right way. But at the same time, yes.

A couple of crime correspondents had pieces in the papers about how wrong we were. I’d love to name a few but I won’t. That takes a toll on your family more so, my father, his mates and his interactions. My boss was very sound, he sort of brushed it aside but it can, there’s no doubt it can.

“I’ve been very lucky as a player. Relatively speaking, I’ve had positive press, positive engagements, positive stories. But if you’re sent off in a final, or on the other side of that, undoubtedly it can have a negative effect on your life and how people see you even though they might not know you.

Dublin’s seven-year, 45-game unbeaten championship run finally came to an end this year, when the lost to Mayo.

Brian Fenton letting the newest protein milk, the pro-oat flavour, down the hatch.

Know any team-mates who need a bit of this liquid gold to build themselves up? pic.twitter.com/AzXlS5JKhb