CALLUM ROBINSON helped Ireland to a first competitive in 17 attempts with a brace in a 3-0 World Cup Qualifying win over Azerbaijan.

The West Brom star's first-half strikes and a late goal from Chiedozie Ogbene helped ease the pressure on manager Stephen Kenny as Ireland won a competitive game for the first time since June 2019..

Robinson's goals came at the end of a week in which he revealed he had chosen not to receive the Covid-19 vaccine, despite having contracted the virus twice. 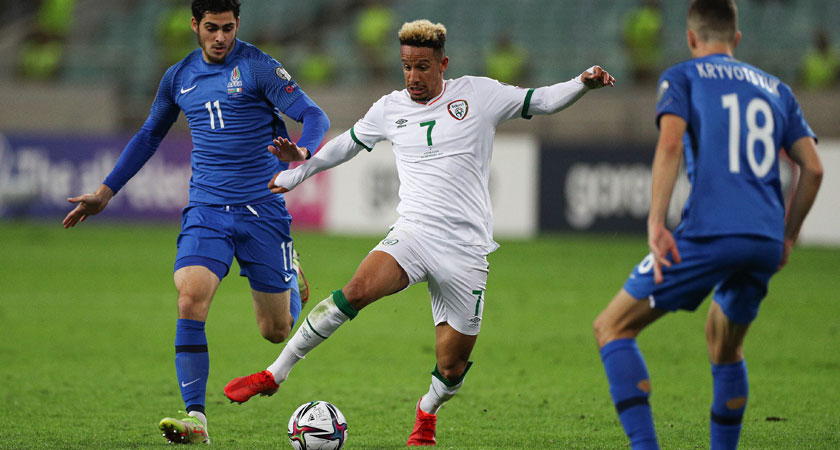 That led to calls for unvaccinated players to be omitted from the team, including from Fine Gael Senator Micheál Carrigy.

However Robison's second and third goals for Ireland helped end a 28-month wait for a competitive win.

Robinson fired Ireland ahead on seven minutes with a powerful strike to the top corner from the edge of the box after good work from James McClean.

The forward almost doubled the lead on 31 minutes with a first-time volley after a poor headed clearance from Anton Krivotsyuk, only for his shot to sail just over the bar.

However his second came eight minutes later when he made space to escape marker Maksim Medvedev. 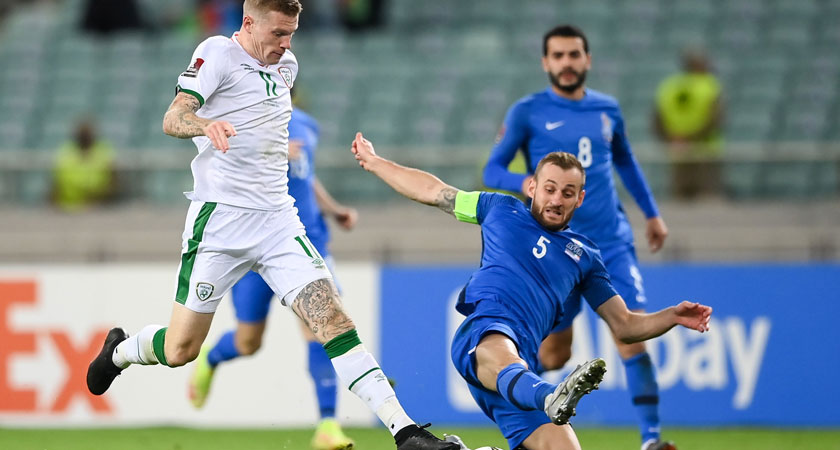 Robinson then fired in a low shot from the edge of the box that had keeper Sahruddin Mehemmedeliyev at full stretch but he was unable to keep out the strike.

The keeper made amends somewhat by denying Robinson a hat-trick on 58 minutes, keeping out the forward's close-range effort.

At the other end, keeper Gavin Bazunu was called into action to tip over an Abbas Hüseynov effort before parrying a Qara Qarayev shot onto the bar. 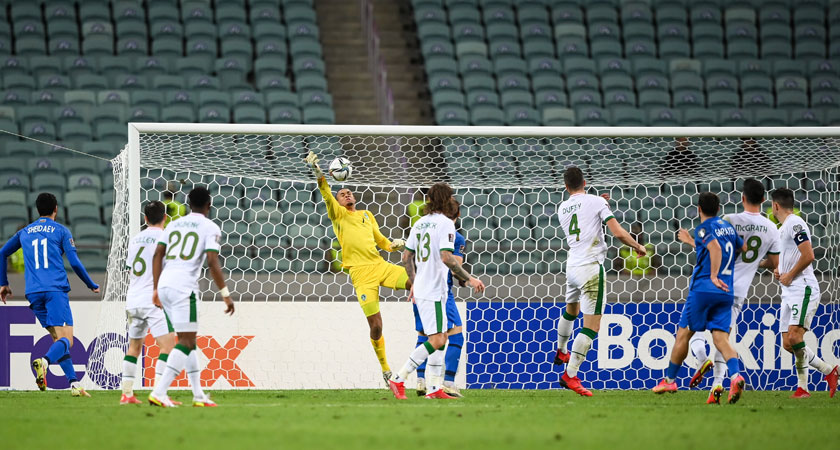 Shane Duffy missed a couple of headed chances as Ireland looked to kill the game off against their rejuvenated hosts.

And it was from a header that they wrapped things up, with Ogbene directing in Josh Cullen's corner in the 90th minute.

It was a first international goal for Ogbene, who became the first African-born player to represent Ireland when he made his debut against Hungary in June.

Speaking after the game, Kenny praised his players and said the win was the culmination of a series of improved performances. 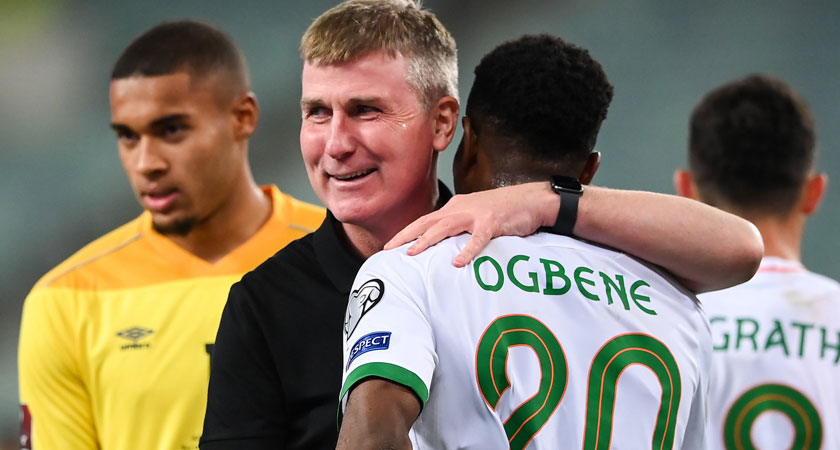 "We can see the improvement in the team. Listen, we should have won more games that we've drawn, and it was important to win tonight.

"We created an awful lot of chances in the second half. The spirit among the players, they were brilliant, a tremendous effort and they deserve huge credit."

Ireland last tasted competitive victory 28 months ago under former boss Mick McCarthy, in a 2-0 home win over lowly Gibraltar in a European Qualifier in June 2019.

Despite last night's win, Ireland's hopes of reaching the World Cup are long over following a dismal run of form.

Kenny was quick to point out that Ireland have lost just one of their last seven games.

However that run includes last night's win over Azerbaijan, a side ranked 117th in the world, as well as a home draw against the same opposition last month. 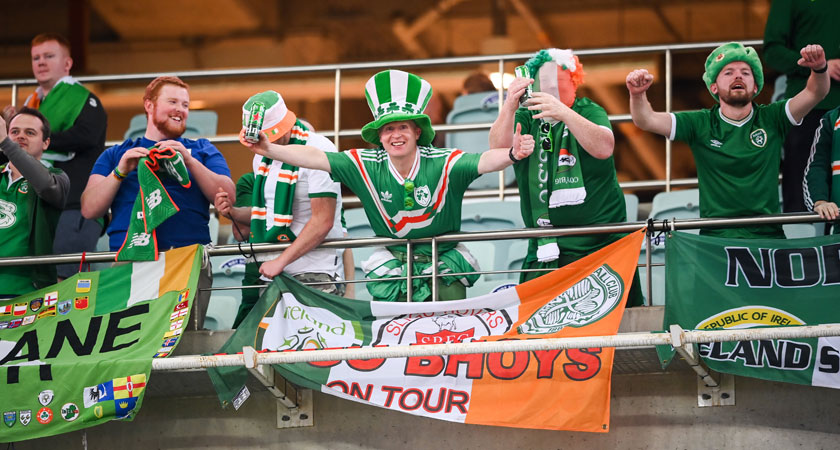 Ireland also defeated Andorra 4-1 in a friendly in that time, however they trailed for most of the game against the world's 156th ranked side.

Next up for Ireland is a home friendly against World Cup hosts Qatar on Tuesday, before their final two World Cup Qualifiers next month.

They first host Portugal, who are vying for automatic qualification, on November 11, before travelling to Group A basement side Luxembourg three days later.