SO often in inter-county hurling there are games within the game. And Sunday was no exception.

For 50 minutes Joe Canning struggled to get into his rhythm, his power nullified by Ronan Maher and also by a niggling knee injury which has troubled him over the course of the last five weeks.

His work-rate, criticised then, could not be faulted on Sunday, though. He went searching for possession, didn’t shirk responsibility and when he was needed most he delivered, scoring Galway’s final five points of the day, including a 74th-minute winner from way out on the right wing.

“The challenge for us was to get him into the game,” said Michael Donoghue, the Galway manager.

“I thought in the first half it was probably bypassing him a bit and in a game like that you want your big players on the ball. We moved him inside to the full-forward line because there was a lot of ball going in there in the first half. But it still just seemed that wherever he was, it wasn’t going into him.

"In the second half it was decided to bring him back out to midfield and get him going through the lines and just get him back into the game again and thankfully he came up with the few scores he did.”

Donoghue, who has already won an All-Ireland club title as a manager with Clarinbridge in 2011, said his job now is to play down hype and expectation within the panel as they chase a first Liam MacCarthy Cup success in 29 years.

“The fact that Tipperary are gone from the Championship now, that Kilkenny are gone, the fact that we have been in previous finals, is now going to be our time?” Donoghue said.

“You are going to have people asking all those questions. It’s the euphoria of getting there and people will ask all the normal questions, ‘Is now the best opportunity we are going to have?’ That’s our job now to avoid all that stuff.

“I know it’s probably boring from my behalf, and on your behalf, to listen to, but that’s why we keep everything grounded as much as we can and we don’t change anything in our preparation going from game to game.

“They’ll enjoy tonight but we’ll be back at it quickly and there are a lot of learnings for us to take from this game, areas we have to improve for the next day.

"They are driving that themselves, as players. They have a huge hunger, a huge desire.

"We keep challenging them and saying to them that the good experiences and the bad experiences, they have to draw on all of those. Hopefully that will stand to them going forward.”

As for Tipperary, this was another failed All-Ireland defence for a county who haven’t won back-to-back MacCarthy Cup titles since 1965. 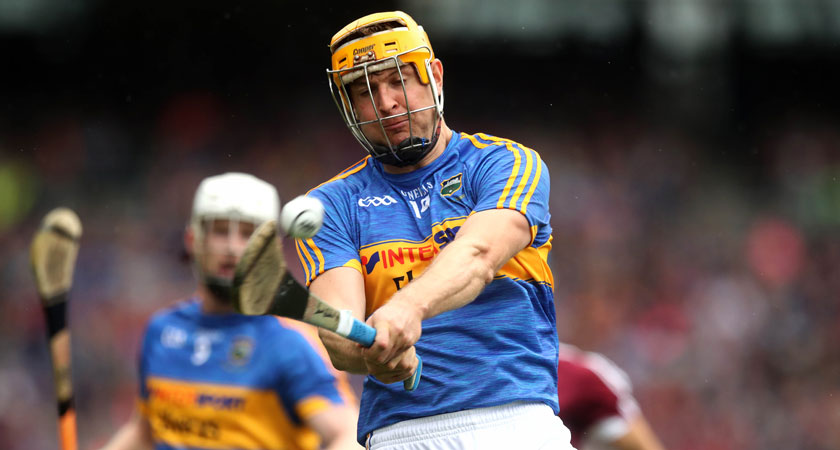 The outcome could have been different had Seamus Callanan not sent two 65s wide (inpho.ie/Ryan Byrne)

Regrets? They will have a few, John O’Dwyer’s late miss, is the obvious one.

But you also have to remember Séamus Callanan hitting two 65s wide of the mark, each of them coming when Tipp were a point down, the first coming with a quarter of the game remaining, the second with just five minutes on the clock.

Had either gone over, who knows if the momentum may have swung their way?

Had Cathal Barrett’s ongoing drama not enraged throughout the summer, then who knows if they may have sneaked it? In sport at this level, when there is only a point between the sides at the end, little things can make a big difference.

Having said that, it’s worth pointing out that Tipperary’s full-back line kept a clean sheet, something they had managed only once before in the Championship this season, and that was against Westmeath, the team who finished fourth in division 2A of the league.

Yet even though their winter will be a long one, Galway’s has the potential to be the shortest ever. No matter who they play in the final, Cork or Waterford, they’ll start as favourites.

Until now, after beating Tipperary so convincingly in the league final, and then strolling through Leinster without being tested fully, they had question marks hanging over them.

But those were dispelled on Sunday, not just because they defeated the All-Ireland champions but also because of the manner of the win.

They were good. So were Tipp and Canning, when his team needed him most, was magical.

“For long periods I would have said we did well with him,” Michael Ryan, the Tipperary manager, said. “He did get some traction when he out to the number 10 position in the second half. I don’t know what he got from play, but certainly he got at least two from that position.

“Look, he is an outstanding talent but to be fair to Galway, they have those all over the pitch.”