Neil Lennon stands alone as victim of the most shocking abuse

ONCE again Scotland was embarrassed by football supporters spitting and throwing coins and drinks at Neil Lennon during a League Cup semi-final between Aberdeen and St Johnstone at Tynecastle.

Questions in the media continue to be asked of the ground’s security after Lennon was said to be abused verbally for an hour before the missiles were thrown.

The Celtic manager moved seats but the ill-treatment continued before he finally decided to leave the ground 15 minutes before full time.

Police are investigating the incident. Lennon has suggested that he didn’t believe the episode to be sectarian, allotting the behaviour to drunken stupidity.

The Aberdeen supporters implicated have severely embarrassed their club but the question remains; what makes Lennon a continued target of thugs and imbeciles in Scotland?

Can an attack such as this on Lennon ever be completely disconnected from anti-Irish prejudice and sectarianism?

The Celtic manager’s background, the fact he could be aggressive on the park as a player and his strong personality have made Lennon the target of bigots who think it’s okay to throw things, spit and abuse him.

Kenny Sheils is a similarly lively figure in Scottish football, the spats between Lennon and Shiels had an almost vaudeville element to them; Lennon once described the then Kilmarnock manager as “football’s David Brent”.

After Celtic sold Victor Wanyama for £12.5million, Shiels proposed that Lennon should receive a knighthood for pocketing such an amount for a player who “didn’t keep the ball very well.”

Now manager of Morton, Shiels has banned himself, on doctor’s orders, from giving post-match interviews. He was sacked by Kilmarnock for bringing the game into disrepute when questioning the impartiality of the Scottish FA’s judicial panel and the integrity of Celtic.

On the subject of his self-imposed match-day silence he said: “I have spoken with the doctor and you get emotionally imbalanced. It’s important I don’t compromise my position as manager of Morton Football Club.”

Sheils even cited Lennon as being similar, yet from opposite sides of the sectarian divide in the North of Ireland. You have to ask the question, would Shiels, or any other manager in Britain ever receive the same abuse that Lennon does, for upsetting people?

If they were to be attacked by rival supporters for their behaviour would it warrant the ridiculous dispensation we often hear in the context of Neil Lennon: “he brings it on himself”? 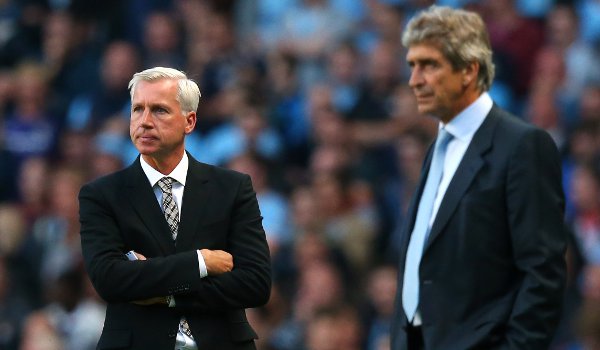 Just have a look around some newspaper comments online and it’s a common perspective. Beyond his Irish Catholic background there is obvious prejudice towards his class background and even his hair colouring.

2014 is a milestone year for Scotland as many struggle to decide how to vote in the independence referendum. Perhaps politicians need to admit we have a serious problem with anti-Irish racism and sectarianism.

Many journalists are quick to suggest a “victim mentality”. This is at best a lazy evaluation. Beyond football a female journalist was recently the victim of a hate campaign orchestrated by a man with deep hatred of Scotland’s Irish Catholic community. And two Donegal man were thrown out a Glasgow taxi for speaking in their Gaelic mother tongue.

Italian football and culture has a real problem with racism, AC Milan star Mario Balotelli has been the victim of racist taunts from rival fans while playing in Serie A.

Significantly he has offered his support to Italy’s first black MP Cecile Kyenge, suggesting her appointment “was a big step forward towards a more civil and responsible society”.

Why shouldn’t football stars associate with politicians, if the objectives lead to a more balanced culture?

Both parties are aware of the symbolic power of their alliance and that it can be an agent for change. Where were the political reactions to what happened with Lennon last week? Had it happened in England, it would probably be making international headlines.

If Lennon, the manager of a European football institution, had been from another ethnic or religious background, he would probably have made news around the globe after this latest episode. Perhaps Scotland should have a fresh national debate?

Despite spending a significant amount of his life in Scotland, being eligible to vote in the independence referendum and pumping some life-blood into the Scottish game, Lennon continues to be treated as ‘the other’, ‘the misfit’ and ‘the outsider’ in Scottish society.

It’s not feasible to suggest his personality or behaviour is the cause for last week’s disgrace or the previous threats, attacks and abuses he has suffered while trying to do his job at Celtic.

Lennon has made it clear there is only so much he can tolerate and if he was to leave the club the implications for Scottish football would be vast. Many would also be left asking what kind of society allows this to happen?

Neil Lennon has become one of the club’s most robust protagonists for the duration of a glittering 14-year bond with the East End of Glasgow and Celtic’s support around the world. He should be granted the opportunity to do his job in peace.