Jamie Clarke of Armagh during the GAA Football All-Ireland Senior Championship Quarter-Final match between Tyrone and Armagh at Croke Park in Dublin. (Photo By Ramsey Cardy/Sportsfile via Getty Images)

NEASDEN new boy Jamie Clarke inspired his side to a 1-17 to 1-12 victory against Thomas McCurtains in their AIB Division 1 clash in London at the weekend.

The 2017 All Star nominee helped lead the Neasden comeback scoring 0-9, with 0-4 coming from frees. He was aided by former Down player Connaire Harrison who scored 1-3 as Neasden's impressive second-half fightback gave them maximum points.

It’s a massive addition for us to be fair,”  said Neasden Gaels chairman Frank Kane. 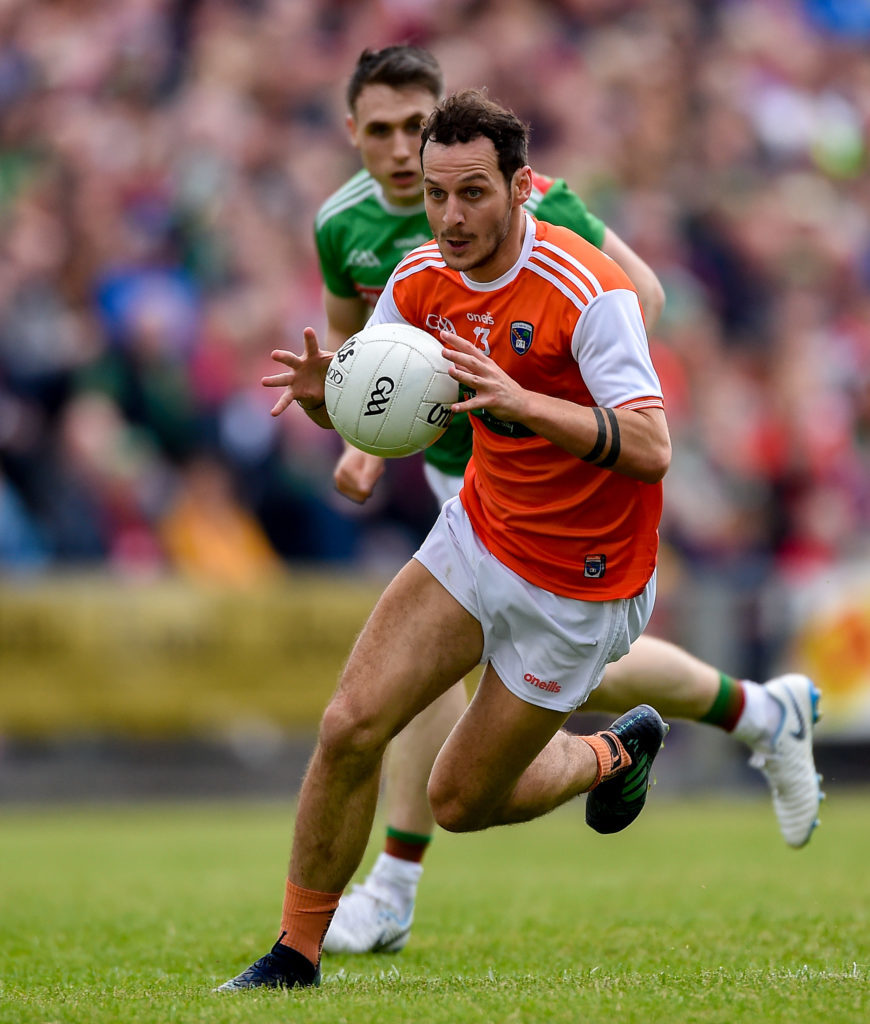 Jamie Clarke of Armagh during the GAA Football All-Ireland Senior Championship Round 3 match between Mayo and Armagh at Elverys MacHale Park in Castlebar, Mayo. (Photo By Ben McShane/Sportsfile via Getty Images)

“He’s someone that’s very high profile in Ireland and it’s going to be a big addition.  Jamie’s thinking is that his career is heading down the fashion line and London is obviously a bigger market for all that and there’s bigger opportunities for himself,” he told the 42 recently.

“It’s pot-luck. Not just that I know Jamie, but it suits both of our scenarios in that he wants to get to London and I wanted to raise the profile of Neasden Gaels.”

Kane, who is also Neasden's manager and goalkeeper, knows Clarke from his time in New York.

“I’m from Longford myself. Jamie played a number of years out there with Longford New York and that’s how I met him and got to know him. I just kept the contact up and he said London was where he needed to be for his career.

“I said, ‘Look, why don’t you mix both your career and your football together and do something here with it?’

“His plan is to be based in London. He’s very ambitious and he has great plans for his career so London is the place for him to play that out.”