KATIE TAYLOR has likened UFC fighter Conor McGregor to boxing legend Muhammad Ali. The Bray native believes that the Crumlin man isn't celebrated as much as he should be in Ireland.

McGregor has been a big supporter of Taylor in the past and often posted on his social media when she has fought in the ring. Taylor spoke to Ariel Helwani on The MMA Hour and spoke highly of the Dubliner.

“My relationship with Conor is fantastic. We have messaged each other on a regular basis and I messaged him after the Dustin Poirier fight just to offer him some words of encouragement really.

“He’s already been a fantastic support to me but I think he’s just someone who’s actually transcended the sport. He, for me, is the Muhammad Ali of the UFC.”

“He’s just a fantastic athlete and a great businessman as well. But what he has done for the sport, and the UFC, has been incredible and I don’t think he’s celebrated as much as he should be here in Ireland.

“I think he is an absolute global superstar and just a phenomenal athlete. He’s always been a complete gentleman towards me.”

Helwani also asked why Taylor receives more love than McGregor from fans and the boxer felt it was the controversies outside the cage that caused this.

“I think he’s had a few controversial moments outside of the cage, as well, that people didn’t appreciate but I’m looking at him as just a phenomenal athlete and someone who I genuinely think has transcended the sport. Someone who’s become bigger than the sport, nearly.

“Every time he fights, it’s an absolutely huge event. He still gets the highest number of pay-per-view figures, he’s still the highest-paid athlete in the UFC. I just look at him as an outstanding athlete.” 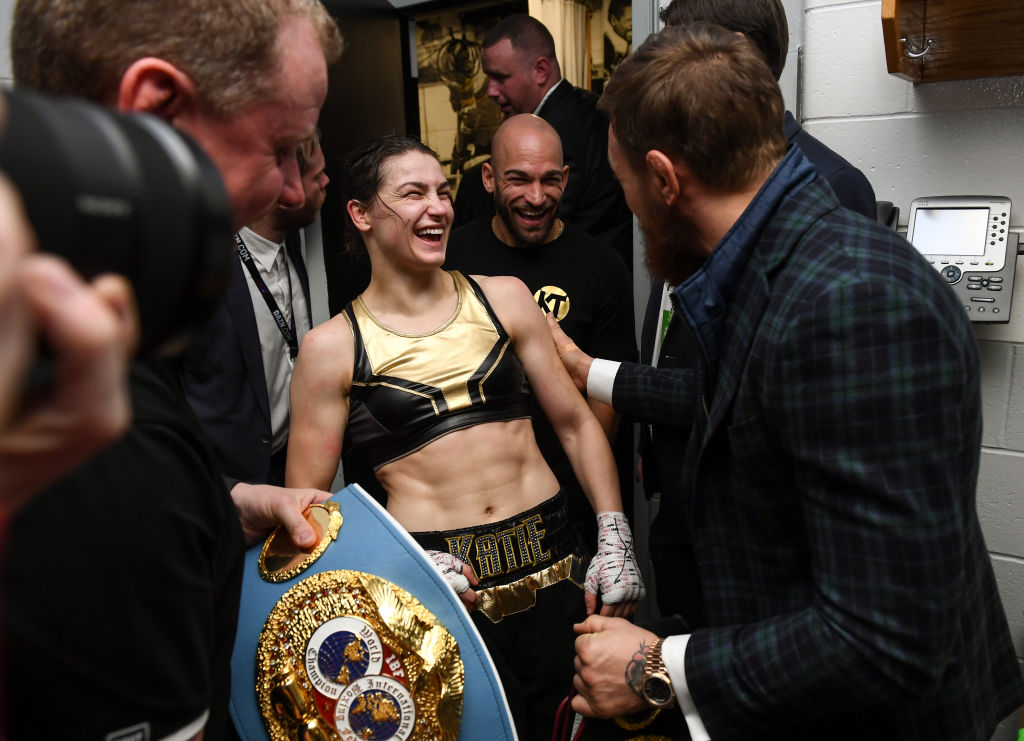