Eddie Jones says Ireland are the most cohesive team in the world, installing them as favourites for Saturday

ENGLAND HEAD coach Eddie Jones believes that Johnny Sexton's longevity in international rugby could only be achieved under the current Ireland structure. He also believes that Ireland are favourites for the tie this weekend.

Sexton(37) and co will face England this weekend in Guinness Six Nations clash at Twickenham on Saturday in a game that will effectively kill off their championship hopes.

France lead the tournament after beating Ireland 30-24 three weeks ago, while England lost to Scotland on the opening day.

Sexton started on the bench for Ireland in Italy , drubbing because of hamstring issues and the nature of the opponent, but Jones feels that Sexton is resilient and has the protection to overcome injury problems, Sexton has often been targeted by other teams. 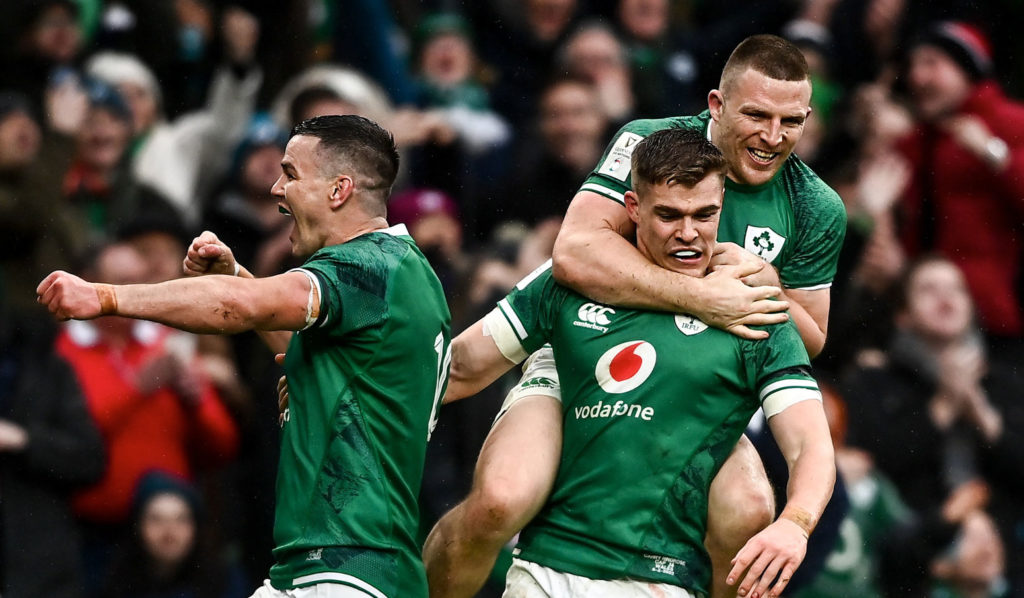 "Jonny's an outstanding operator. He's obviously got a thirst for playing rugby and he’s got the advantage of being looked after by his province," he said.

"If he was playing anywhere else in the world it would probably be a bit more difficult, but because they’ve got the Leinster-Ireland connection, he’s allowed to have the optimal preparation for international rugby.

"He’s a durable guy. How many times have we seen it look like he’s got a terrible injury and he comes back and plays well? It’s testament to his desire and to the way that Ireland have set up their rugby."

The Australian head coach has racked up the mind games by installing Ireland as favourites for the tie and this is nothing new for Jones. The bookmakers have put Ireland down as favourites.

In England the players are owned by clubs like in football, while Ireland have more control over the players. Jones has less control than Farrell when it comes to it, but isn't worried.

"They are literally, and I say this without any hesitation, the most cohesive side in the world. The bulk of their side train together for the bulk of the year,"

"No, not at all. When I signed up for the job, I knew it was going to be like that. It's one of the great challenges," Jones said.

"When we get to the World Cup with three months to go, everyone evens out. There are teams that have a head start at the moment, but you’ve got to be good enough to overcome those.

"We don’t use it as an excuse, we don’t complain about it, worry about it, it’s part of the landscape of English rugby. We just get on with it."

Ireland beat England 32-18 last year, but that was in the Aviva. Ireland's last win against Twickenham was in 2018, where Ireland won their last Grand Slam.

Eddie Jones insists Ireland ("the most cohesive team in the world") are favourites for Six Nations clash at Twickenham | @CERichardson_ https://t.co/7GoJpm0bae