EOGHAN CLIFFORD claimed Ireland’s second medal at the Paralympics in Rio with a bronze in the C3 3,000m Individual Pursuit.

His success came after Jason Smyth had earlier won his third consecutive Men’s T13 100m Paralympic gold medal on the second day of the Games.

Clifford had earlier finished fourth in the qualifier to progress to the final to compete for bronze, where he was up against Canadian Michael Sametz.

Despite recording a slower time in the bronze medal race than he had in qualifying, the 35-year-old NUIG lecturer from Galway still bested the Canadian by +1.389 to seal a podium finish.

In the C2 event, Ireland’s Colin Lynch just missed out on a place in the final, finishing fifth in qualifying, 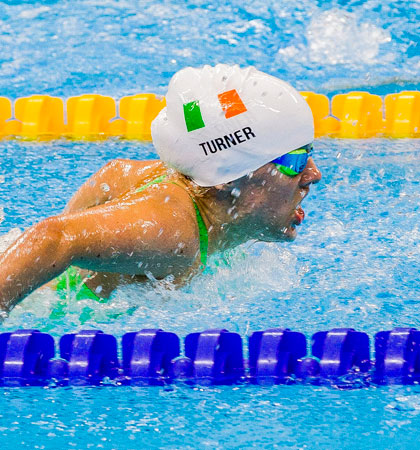 The 14-year-old from Co. Laois, who was the fourth fastest qualifier for the final, was just half a second behind Australia’s Tiffany Thomas Kane, who took bronze.

President pays tribute to Paralympians after four-medal day at Paralympics