IF WE didn’t know better, we could easily be swayed by the theory that Roberto Martinez is on a mission to single-handedly save Irish football from itself.

Even without Martinez surmising that this quintet “could do great things with the national team as well as us,” the upshot of McGeady’s arrival in the Premier League is obvious.

Everton are an upwardly mobile club, one of nine teams in the division with a positive win/loss ratio. Tellingly, the other 11 clubs house the rest of Ireland’s Premier League population.

Quite how Martinez is able to see the things in McCarthy, Coleman and Gibson that were blind to Giovanni Trapattoni is another day’s work, but when we reflect on Ireland’s performances at Euro 2012 and the subsequent rise of Coleman and McCarthy’s form in particular, we have to scratch our heads and wonder why he didn’t fancy them.

In Trap’s defence, he can point to the traumatic circumstances in McCarthy’s personal life at the time, when the Glaswegian asked not to travel to Poland because of his father’s illness.

Yet there was an astuteness to McCarthy’s position. He knew he’d not get a run in Trapattoni’s team. Gibson, more than anyone, would be quick to back up his teammate’s judgement call.

Coleman, however, insists Trapattoni made the right decision by leaving him behind for that tournament.

“I definitely should have more caps than I already have with Ireland but I am not one to spit the dummy out,” he said. “In any case, I am not so sure I should have been selected for Poland because that was the season I had not been playing that well. So I had no argument.”

Now, the only argument is whether there is a better right-back in the Premier League. Certainly there is not a higher scoring one, with Coleman’s six goals this season making him the highest scoring defender in Europe’s big five leagues.

Given where he was 18 months ago — barely able to get into Everton’s side, never mind Ireland’s squad — that’s some turnaround.

So how has it come about?

“The first big change was getting to right-back last season.

I enjoyed it more there than the wing and as the season went on, my confidence grew. Then I did well in the end of seasons against Spain and England and when I came back for pre-season, my confidence was higher than ever. At this level, that’s a big thing.”

Equally as important, however, was Martinez’s arrival at the club. While Moyes’ achievements there cannot be undervalued, there comes a time in every team’s history when change is needed.

Moyes, the high priest of the work ethic, remained shy of surrendering total control to his players. Martinez, in contrast, has a more expansive philosophy. 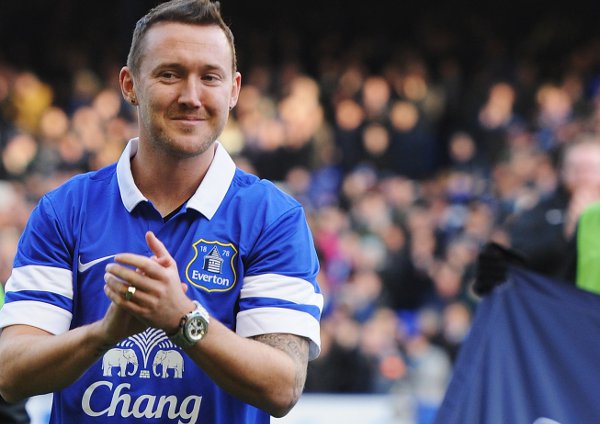 “The manager likes me to get forward,” Coleman said.

“I remember the first game of the season when, at half time, he brought me to the video analyst and showed a piece of footage where it was pointed out how if I had continued a run, I could have got on the end of one of Bainsey’s crosses.

"So in the second half, I took a chance and got the goal. Last season, I probably wouldn’t have taken a risk. That’s an essential difference.”

There have been other changes, namely the feeling of belonging, which comes from experience. In his first year at the club, after being signed from Sligo Rovers for £60,000, an inferiority complex persisted. Time — and games — taught him to have more self-worth.

"Plus my technical advances started to show. When I first came from Ireland, I was miles behind guys two years younger than me in terms of technique.

“I knew my effort and running were never a problem but as time went on I started to make an impact in terms of my technical improvements. Confidence came into my game and I could slowly see myself start to stand out in training more.”

Now he is standing out in matches, his performances alerting Manchester United and Arsenal to the prospect of having an Irishman in their ranks once again. Yet he won’t come cheaply. Martinez values him at £25 million and wants to improve his contract to £60,000-a-week — the same price Sligo valued him when Moyes came calling back in 2009.

If his value is soaring, then McCarthy’s is merely doubling. “James has matured at a great pace,” said Martinez. “He has even more authority to his game than last season. In this League, when you are a young man, a year can make a big difference.”

So it has shown. In addition, being surrounded by better players at Everton than at Wigan has helped him grow.

And into this environment comes McGeady, a player Lionel Messi once considered to be a match-winner and whose 93 games in with Spartak Moscow brought about a healthy return of a goal, or assist, in every three matches.

Yet even though he is older and more experienced than McCarthy and Coleman, there is scope for improvement still, not just in his decision-making but particularly with regard to his crossing.

Martinez specialises in turning average players into good ones and good into great. For McGeady, this marriage is perfect. Martin O’Neill more than anyone will be fascinated to see how it unfolds.

Stephen Kenny has a serious Aiden McGeady issue to address