Niall Gleeson in possession for Granuaile

For Fullen Gaels it’s a chance to regain a provincial title they last won in 2016 during the club’s golden period of seven successive All-Britain victories and two runs to Croke Park in the All-Ireland Junior Club Championship.

To get there they had to face Granuaile, fresh off the back of their victory over Fulham Irish the previous weekend and after the opening half hour there was little to choose between the two teams with the Manchester club edging matters by 0-9 to 0-7. 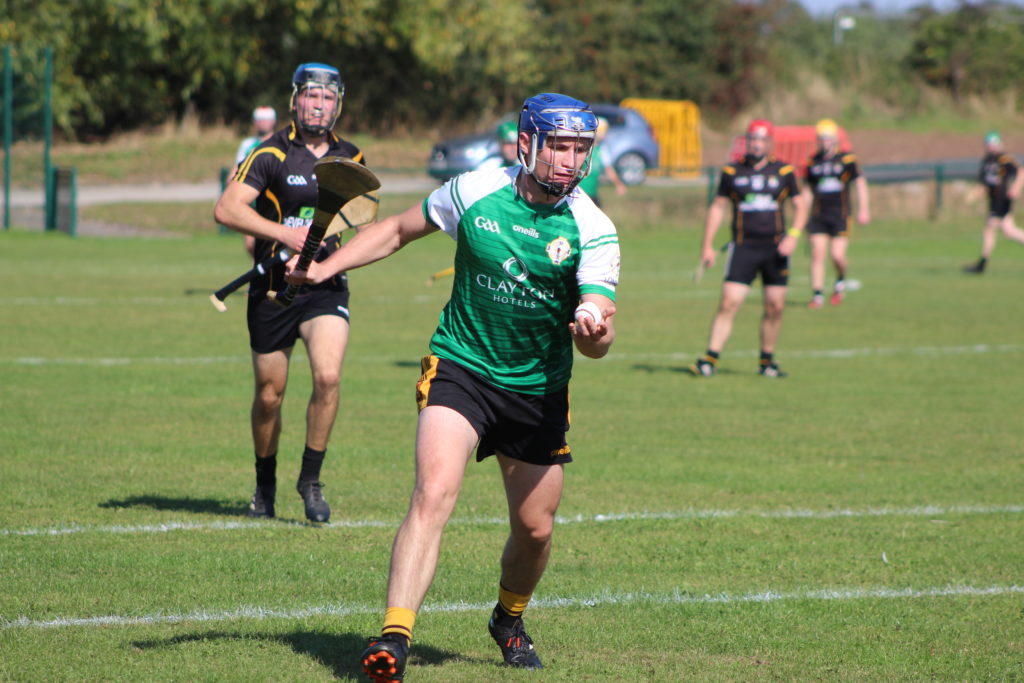 Lee Davis in possession for Granuaile

This semi-final burst into life at the start of the second-half however, a neat passing move from Granuaile releasing Lee Davis who thumped a shot into the back of the net from the right.

That propelled them into the lead, which they cemented with a free and a sixty-five converted by wing-forward James Bergin.

At the other end Fullen Gaels thought they had a great chance to hit a goal of their own but Paddy Duggan was unable to latch onto a through-pass that was fended off by Colm Gleeson.

The Lancashire champions struck two successive scores through David Power and Sean Power (free) to reduce the margin to one point but a clinical move instigated by Shane Skelly allowed Bergin to drill a brilliant goal just before the second water break for the Harrow club.

That put his team four to the good as the teams came out for the final quarter of action but to their credit, Fullen Gaels doubled down with two match-winning goals of their own.

After two successive Power frees they grabbed their first goal when a ball over the top released Ronan McKillop who converted beyond Gleeson.

Their equaliser soon followed thanks a fine free from Paddy Duggan and with their tails up they went for the jugular as Justin Cleere burst through to fire to the back of the net from fifteen metres out.

It was a dramatic turnaround and one that Granuaile couldn’t respond to, despite throwing the kitchen sink at Fullen Gaels in the closing moments. 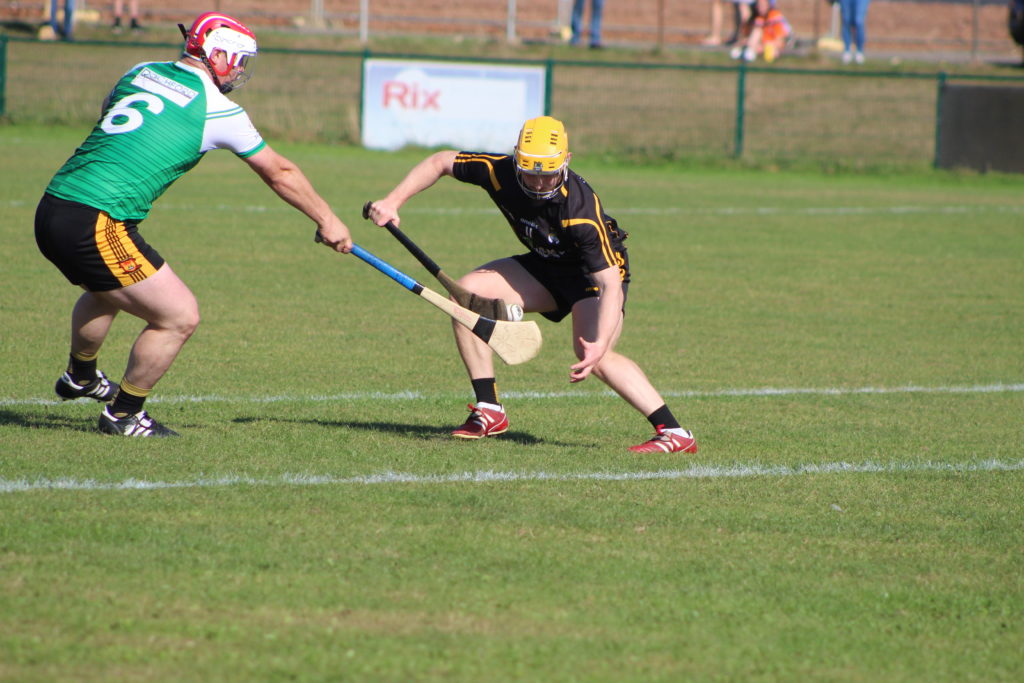 Bergin was desperately unlucky to drive a thunderbolt off the crossbar and over to bring the gap to three, before going narrowly wide with an effort across the face of goal soon afterwards.

Yet the day belonged to the Lancashire side, Liam Knocker’s full-back line holding firm under immense pressure at the very end and Fullen Gaels running out winners by four points to book another shot at provincial glory.