Teams from across Britain, including London, Hertfordshire, Warwickshire, Yorkshire, Lancashire, Scotland and Gloucestershire, took part in a series of 20-minute games refereed by Ciara O’Brian and Brian Laverty.

The event, coordinated by Niall Jackman, and attracted a large crowd of young and old GAA fans.

South London had the cameras firmly focused on their side during the event having brought along their own film crew. 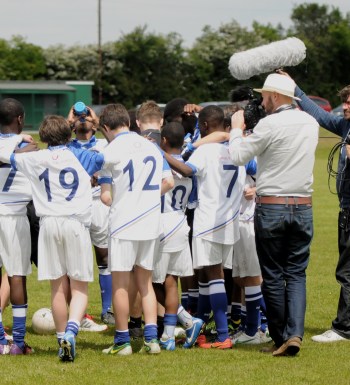 South London brought along their own film crew

An independent production company will be following the club throughout the summer as part of a documentary being made potentially for Irish television.

Irish Post photographer Chris Egan was also there to capture all the action on and off the field.

To see all the photographs from the tournament, including full team pictures, don’t miss this week’s Irish Post, out tomorrow (June 19).