AS WELL as his footballing skills, womanising and fondness for alcohol, George Best is remembered for his quick, often dry wit. Here, we've picked out our six favourite quotes from the Belfast native.

"I'd give all the Champagne I've ever drunk to be playing alongside him in a big European match at Old Trafford." 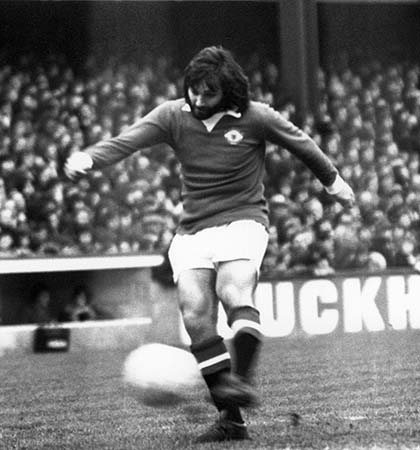 "He cannot kick with his left foot, he cannot head a ball, he cannot tackle and he doesn't score many goals. Apart from that he's alright."

"There have been a few players described as the new George Best over the years, but this is the first time it's been a compliment to me."

"If I had been born ugly, you would never have heard of Pele."

"I spent a lot of money on booze, birds and fast cars. The rest I just squandered."